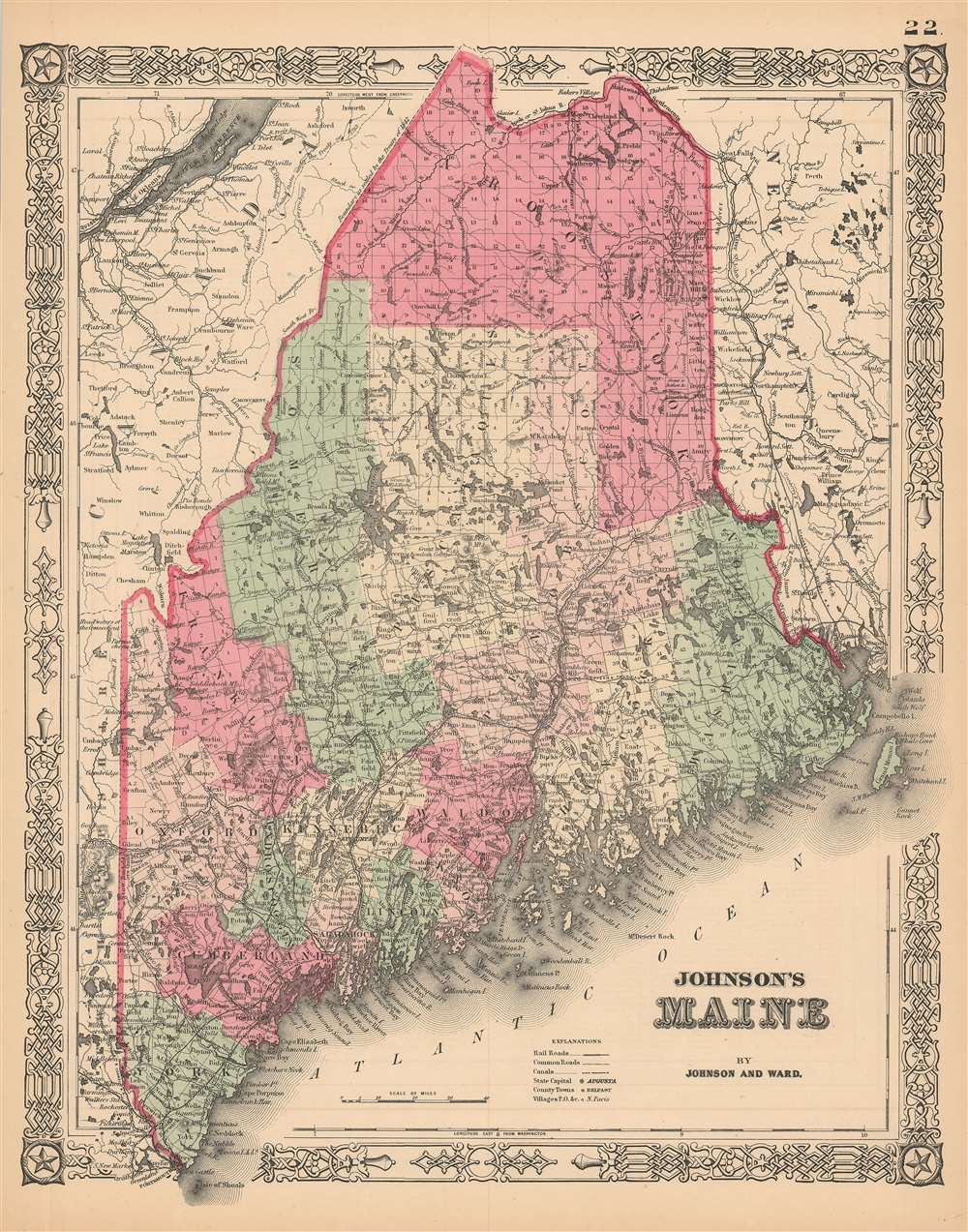 This is Johnson and Ward's 1864 map of Maine. It covers the entire state along with adjacent portions of Canada and New Hampshire. The map is color coded according to county and notes several roads, railways, rivers, cities, towns and various other topographical details. It features the fretwork style border common to Johnson’s atlas work from 1863 to 1869.

Steel plate engraving prepared by A. J. Johnson for publication as plate no. 22 in the 1864 edition of his New Illustrated Atlas.  This is the first edition of the Johnson’s Atlas to bear the Johnson and Ward imprint and the only edition to identify the firm as the 'Successors to Johnson and Browning (Successors to J. H. Colton and Company)'.