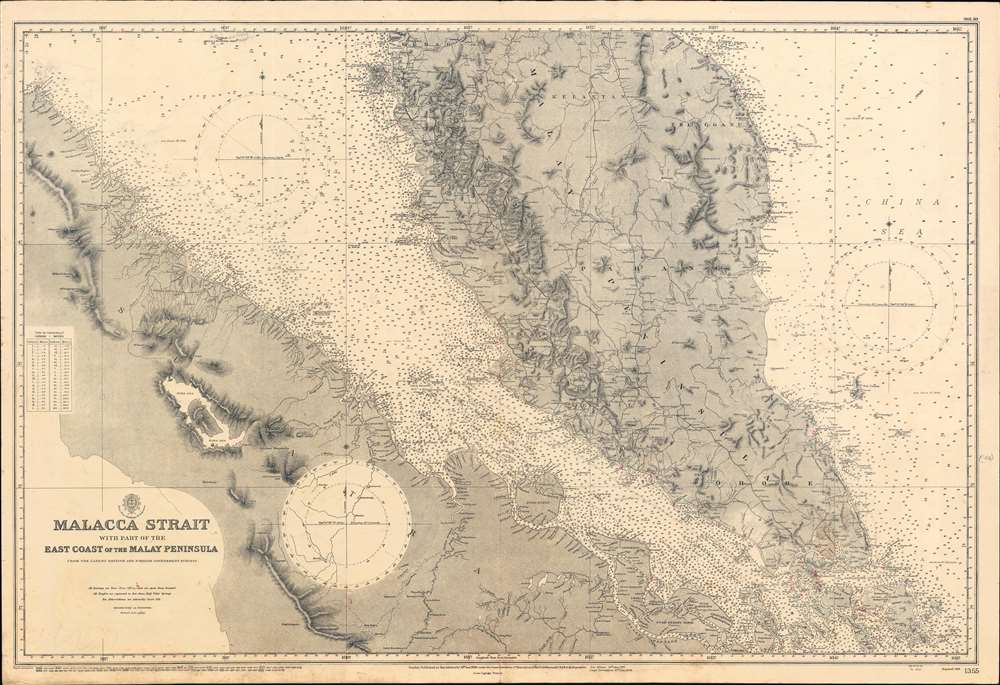 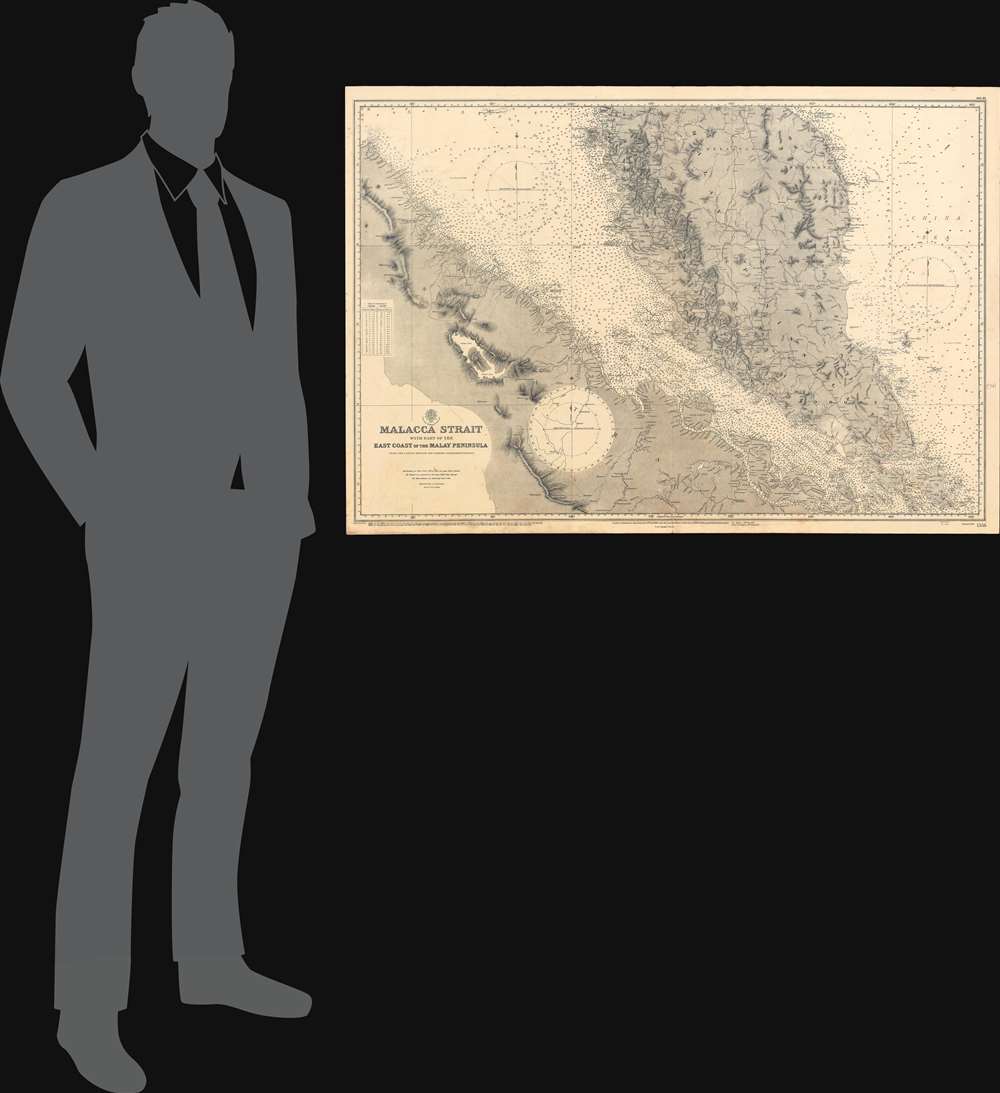 This is an attractive 1945 (1951) British Admiralty nautical chart or maritime map of the Malay Peninsula, Singapore, and the Strait of Malacca. Coverage extends roughly from Penang to Pulo Bintang, including the southern part of Malaya and the eastern coast of Sumatra. Offers countless depth soundings and excellent inland detail, particularly in Perak. Manuscript annotation in the upper left detail an 'Air Firing Bombing' site, suggesting military use.

This chart was first engraved by the British Admiralty Hydrographic Office in 1898. It went through numerous updates and revisions, the most recent major revision being 1945 - likely in anticipation of retaking Malaya and Singapore at the end of World War II. The present chart features minor corrections and updates to 1951.

Good. Even overall toning. Some pencil marks related to military use.
Looking for a high-resolution scan of this?