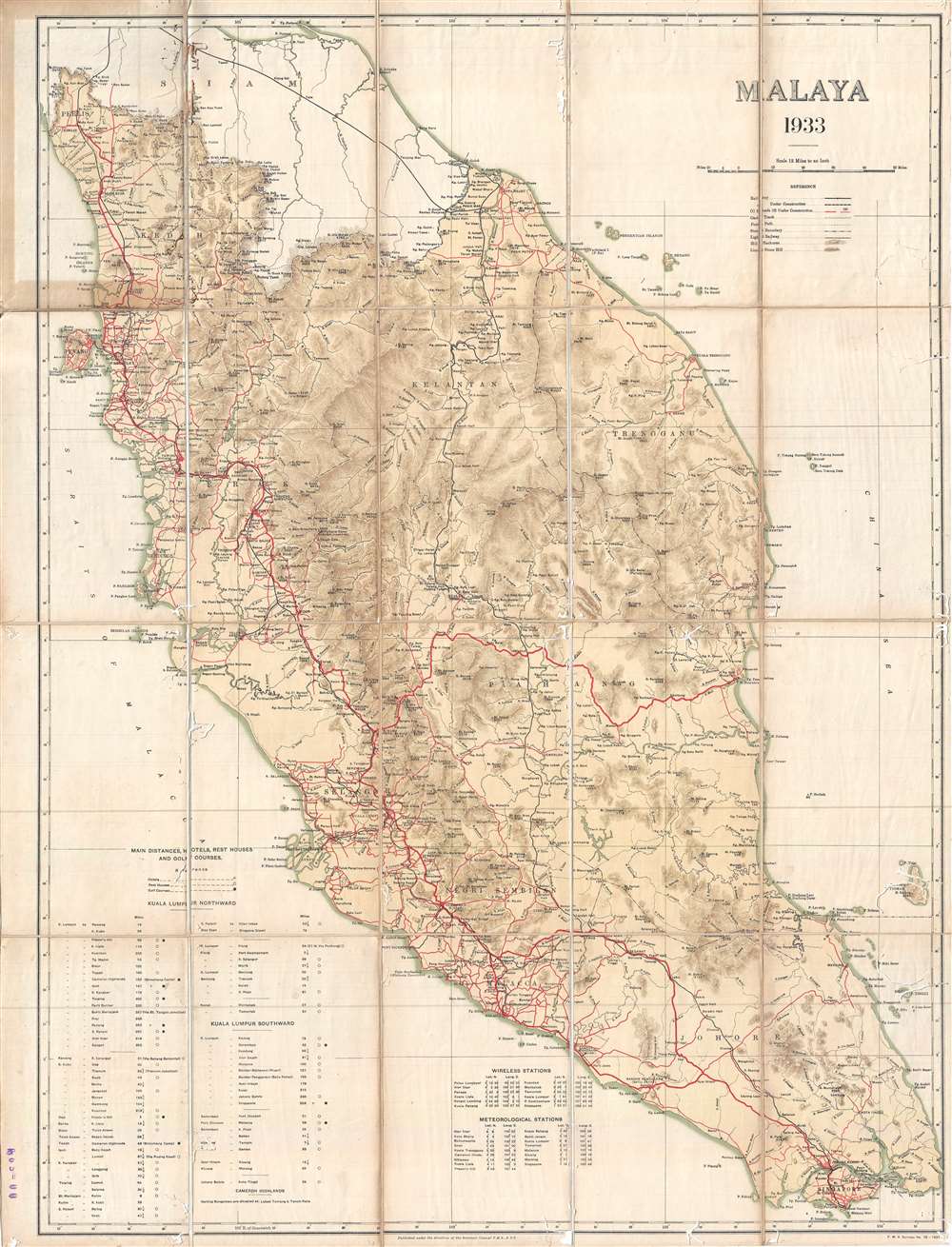 A very rare 1933 map of Malaya, modern day Malaysia, issued by the surveyor general of the Federated Malay States. The map covers the Malay peninsula from the Thai / Siamese border to Singapore. This is a topographical map drawn to illustrate the region's developing road system. Roads, both extant and under construction, are highlighted in red. The map also details railway lines, cart tracks, light railways, and state boundaries. Hotels, rest houses, and golf courses are also identified. A table in the lower left identifies distances from Kuala Lumpur, wireless stations, and meteorological stations.

This map is quite rare. We have been able to identify only one other example in the collections of the National Library Board of Singapore.