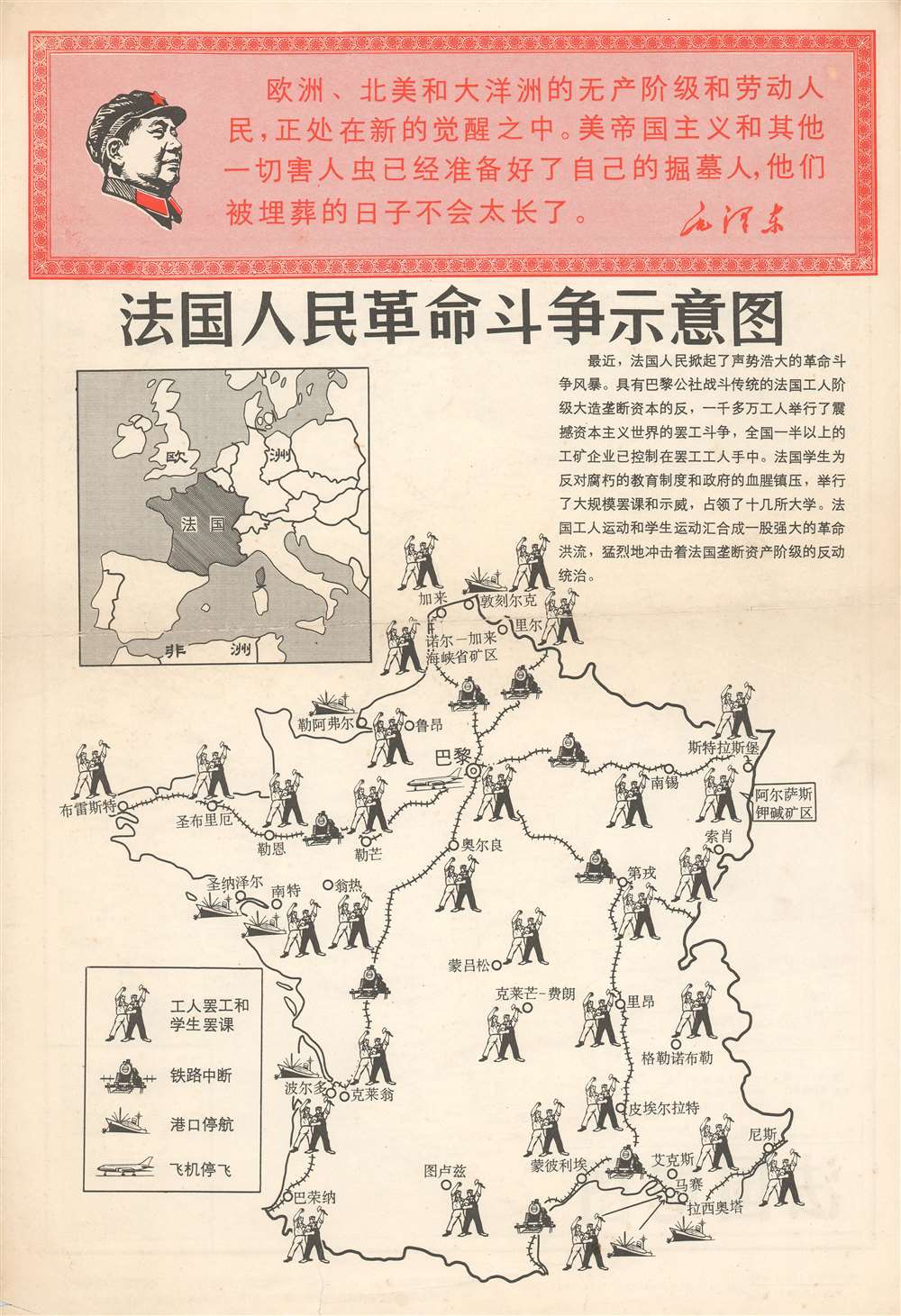 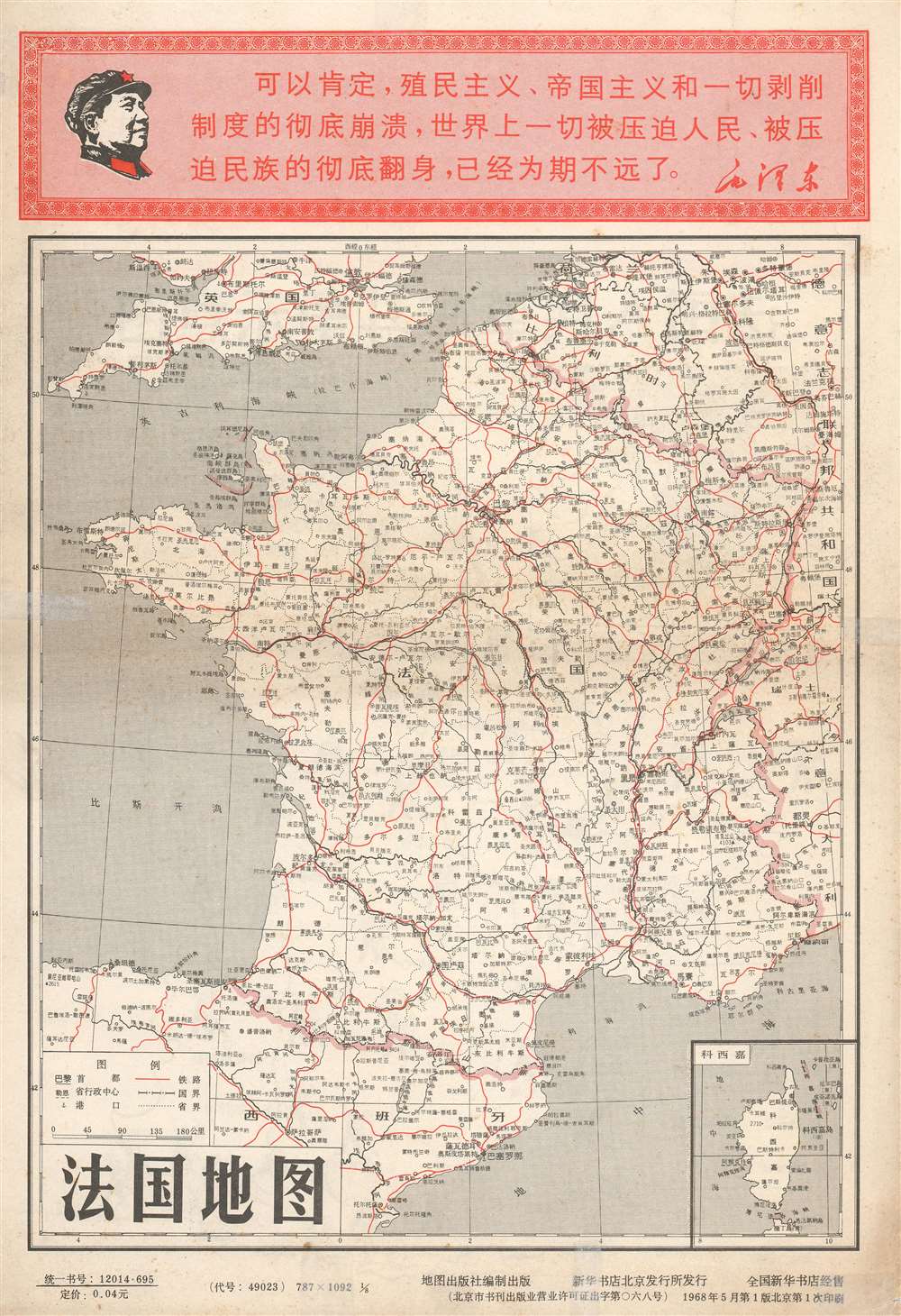 This is a May 1968 Communist Chinese propaganda broadside map of France, celebrating the 'May 68' French student and general strikes. Published by the Xinhua Bookstore, maps of France are printed on both sides. A map with icons celebrating the students and workers striking throughout France appears on one side. The worker and the student are illustrated arm in arm; icons of trains, ships, and airplanes allude to the complete standstill imposed upon France's transportation network by the strikes. A proclamation attributed to Mao Zedong and accompanied by his portrait is emblazoned across the top and declares the 'awakening' of the proletariat and workers worldwide alongside the imminent demise of U.S. imperialism and other 'pests.' The broadside then goes on to detail how the French 'have set off a huge storm of revolutionary struggle' and that 'more than 10 million workers have launched a strike that shocked the capitalist world.' An inset on the left situates France in Europe, providing its Chinese audience with some idea of where this struggle is taking place. The map of France on the verso details the French railway system, and another quotation from Mao predicts the imminent collapse of colonialism, imperialism, and all exploitation systems.

The civil unrest, demonstrations, general strikes, and occupations of factories and universities that spanned seven weeks in May and June 1968 has become known as May 68. These events ignited after student protests at the Nanterre campus of the University of Paris, which began in late March. After months of conflicts at Nanterre, university officials closed the campus on May 2. The closure sparked protests at the Sorbonne, in central Paris, the following day, to protest the university's closure and the possible expulsion of several students. The protest at the Sorbonne was violently removed by the police, which sparked a nationwide student strike on May 6. This escalated into the famous 'night of the barricades' on May 10-11, and Paris's Latin Quarter looked like a war zone the morning of May 11. The violent suppression of the Latin Quarter protesters led the trade unions to call for a massive protest in solidarity, which led to over 500,000 people marching in the streets of Paris. Following the protest, after the French government showed little interest in addressing the concerns presented by the students and now the workers of France, a general strike was declared. Shockingly, the strike continued from May 13 until, in some cases, as late as June 14. The movement finally came to an end after the new legislative elections on June 23 and June 30.

This map was created and published by the Xinhua Bookstore in Beijing and likely distributed nationwide in China. It is not cataloged in OCLC, and we are aware of only one other known example.

Good. Exhibits light wear and toning along original fold lines. Closed margin tears professionally repaired on verso. Map of France on verso.
Looking for a high-resolution scan of this?