1953 Pacific Stars and Stripes Map of the Korean War - with the index! 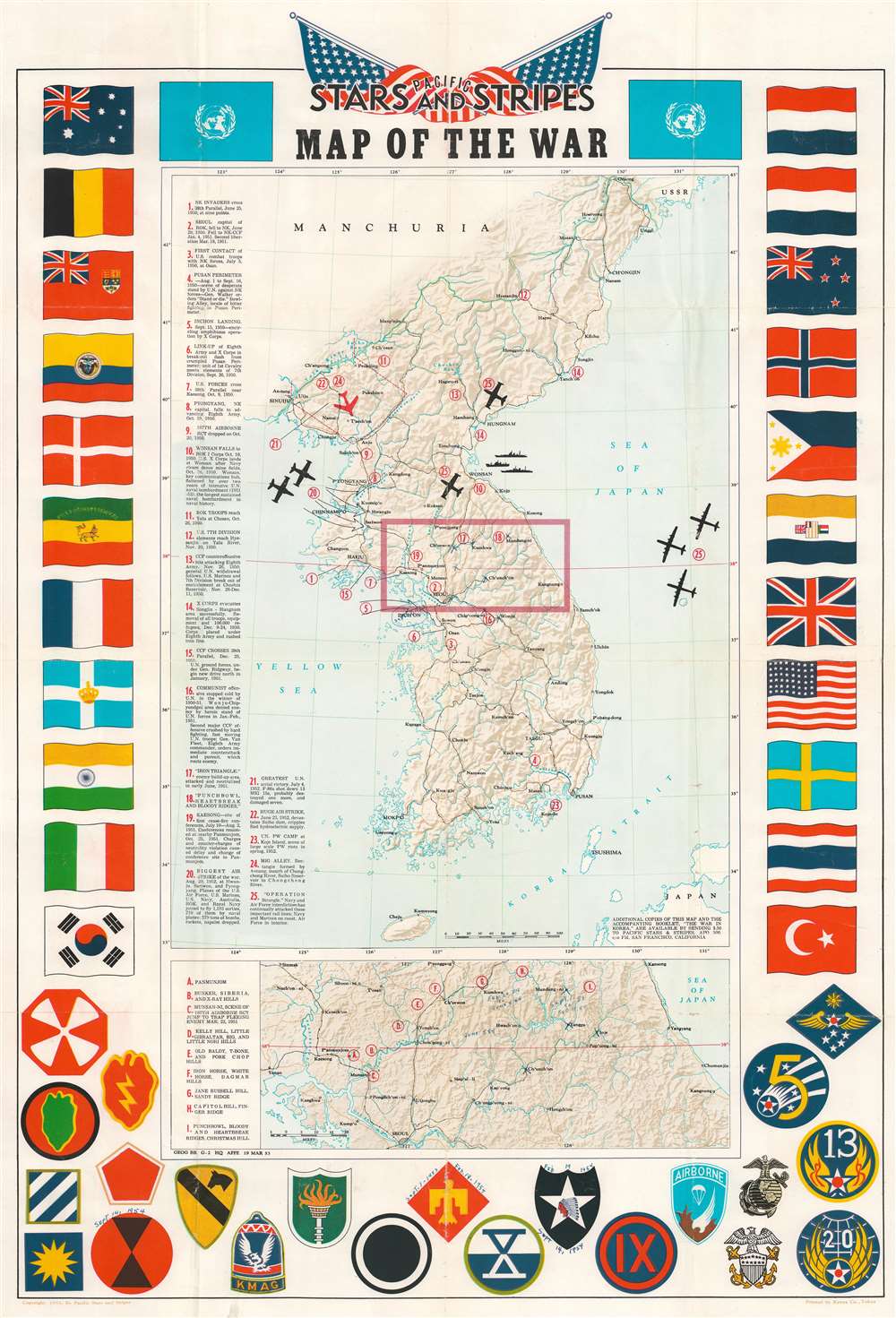 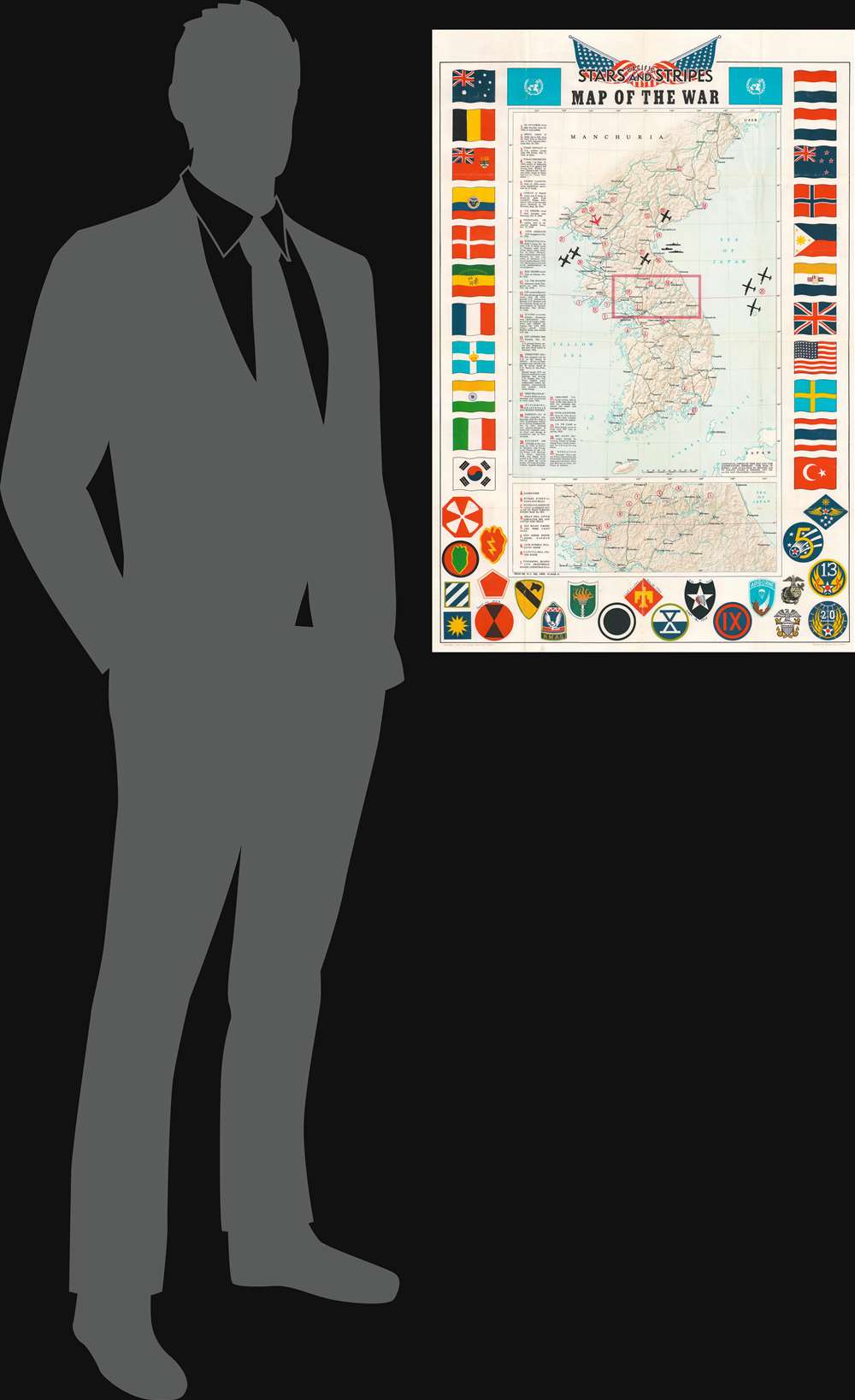 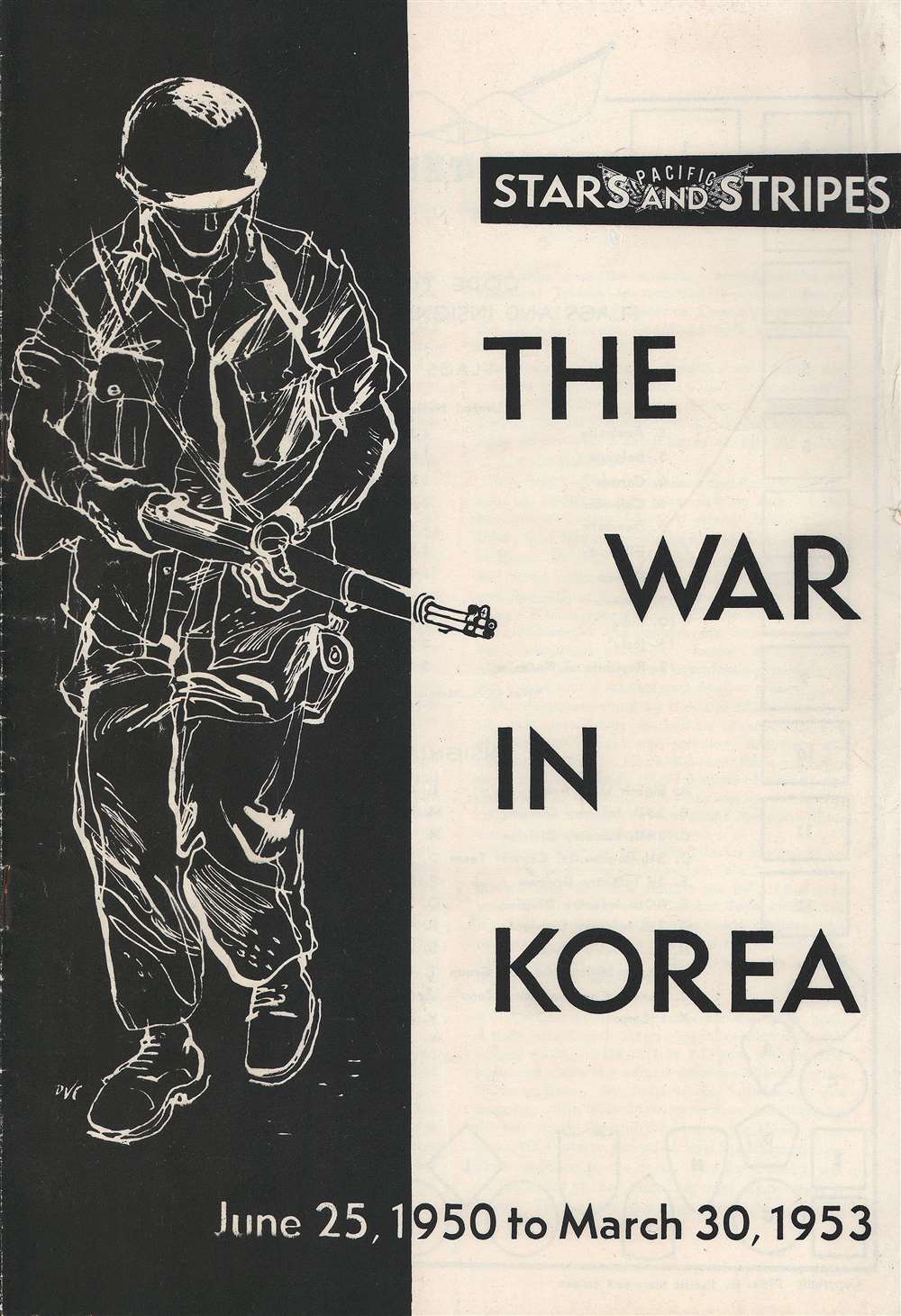 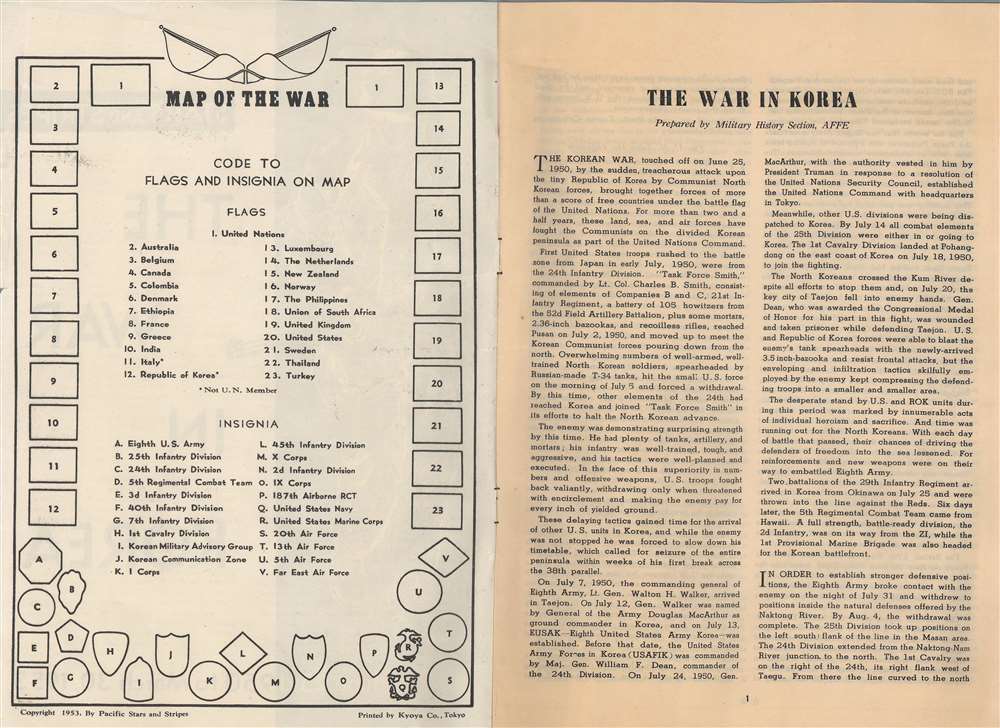 1953 Pacific Stars and Stripes Map of the Korean War - with the index!

This is a 1953 Pacific Stars and Stripes map of the Korean War. Twenty-five different events in the history of the Korean War are numerically identified, with explanations appearing along the left border. Several silhouettes of aircraft are depicted, including what appears to be a Grumman F9F Panther, a squadron of large four-engine bombers over the Sea of Japan, and a MiG-15 illustrated in red. An inset map, situated below the central map of the Korean peninsula, details the area in the box in the larger map, along the 38th parallel from Yonan and P'anmunjom to Kansong. Several different hills and ridges that played major roles in battles are labeled, including the area of the Punchbowl, Bloody Ridge, Heartbreak Ridge, and Christmas Hill, along with the Iron Triangle. The map is bordered on three sides by the flags of the United Nations and the insignia of numerous American combat units are included along the bottom border.

Intriguing manuscript notations appear in the inset map and above three of the insignia along the bottom border. Most of the notations are dates or date ranges. The first date range appears above the insignia for the 45th Infantry Division and reads 'Sept. 7 - 1953 [-] Feb. 19 - 1954'. The second range, surrounding the 2nd Infantry Division insignia, is 'Feb 19 1954 [-] Sept. 13, 1954'. The final date, Sept. 14, 1954, appears above the 7th Infantry Division insignia. These dates likely correspond to when the map's previous owner (who was probably a Korean War veteran) served in each unit. Within the inset map, 'X's and date ranges mark locations, with 'Sept. 1 '53 to Feb. 19, '54' written below Mundung-ni, and 'Feb. 20, '54 to June 5 '54' written beneath Kumhwa. Several other cities are marked with 'X's and the date June 5 '54 appears between Cong'gong-ni and Hwach'on o.

This map was published by Pacific Stars and Stripes in 1953 and printed by the Kyoya Company of Tokyo. An example is cataloged in OCLC and is part of the collection at Stanford University.