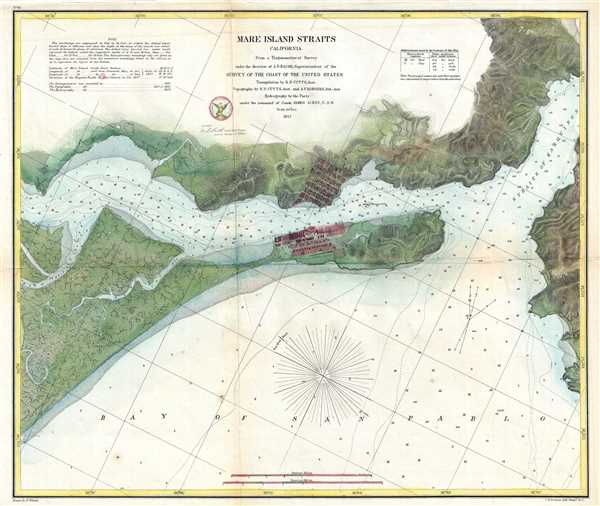 Map of the Napa River and the Mare Island Straits, California.

This is a lovely hand colored example of the 1857 U.S. Coast Survey nautical chart or maritime map of the Napa River and the Mare Island Straits, California. The map covers part of the San Francisco Bay area including Mare Island, Straits of Karquines and parts of Vallejo. Vallejo served as the capital of the state of California in 1852 and 1853. The chart includes numerous depth soundings along with coast features as well as notes important to the mariner. This chart was compiled under the direction of A. D. Bache, Superintendent of the Survey of the Coast of the United States and one of the most influential American cartographers of the 19th century