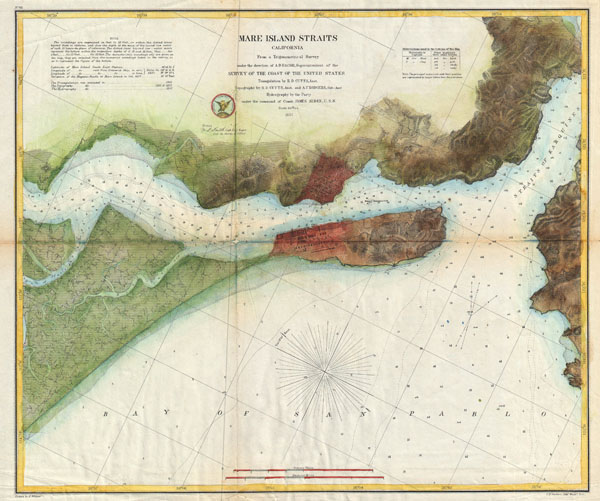 This is a rare 1857 U.S. Coast Survey chart of the Mare Island Straits. These straits near San Francisco separate the West Coast Naval Years on Mare Island from the city of Vallejo. The straits, which are the mouth of the Napa River are today popular for recreational boating and water sports. Also notes the Carquinez Straits. Depth soundings throughout. Offers excellent inland detail, to the level of individual buildings, especially in Vallejo and the Naval Yard. The triangulation for this chart was accomplished by R. D. Cutts. The topography is the work of R. D. Cutts and A. F. Rodgers. The Hydrography was completed by a party under the command of James Alden. The entire work was produced in 1857 under the direction of A. D. Bache, superintendent of the United States Coast Survey.