1968 Hammond Infographic Map of the World's Oceans and Marine Exploration 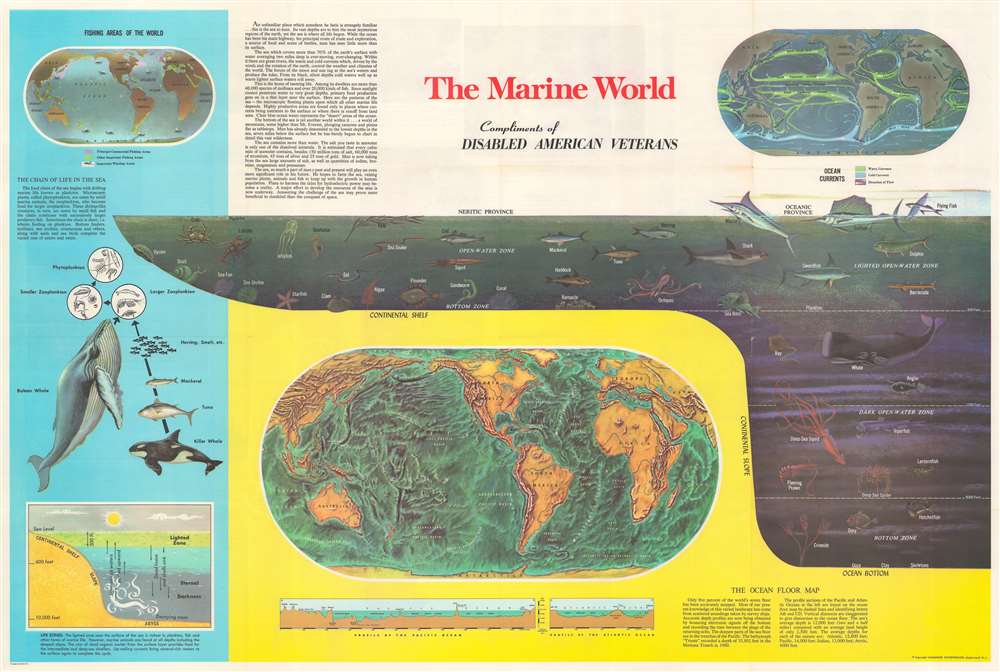 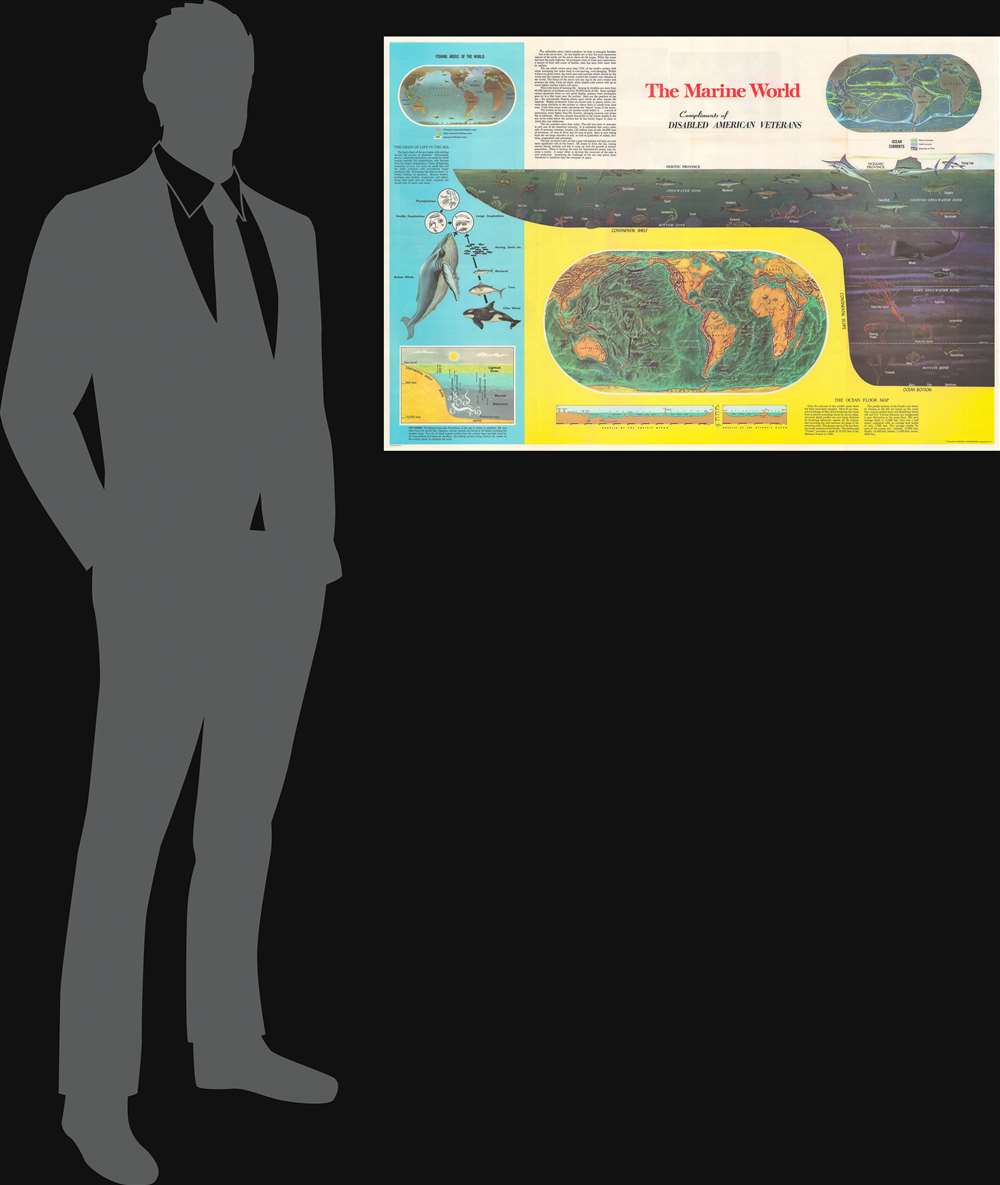 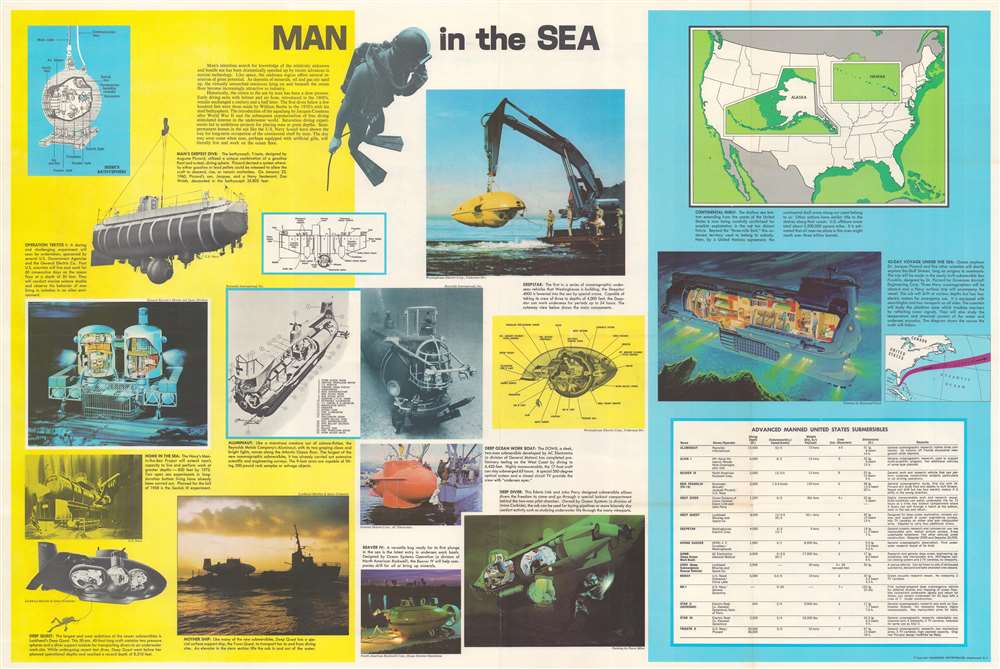 1968 Hammond Infographic Map of the World's Oceans and Marine Exploration

This is a c. 1968 Hammond infographic chart and map celebrating marine exploration. The piece is dominated by a profile cross-section of the sea. It illustrates marine life at various depths, including fish, a shark, a whale, and a giant squid. Dashed lines delineate 'zones', with each falling within the neritic or the oceanic province. Three world maps and other ocean related diagrams occupy the rest of the sheet. The largest is a map submarine topography, likely drawn from the research of Marie Tharp. Below, profile views of the floor of the Pacific Ocean and Atlantic Ocean are included. The second map, in the upper right, details currents. The third and final map, in the upper left, highlights commercial fishing areas, other general fisheries, and whaling areas. Diagrams along the left present information about oceanic life cycles and part of the oceanic food chain.

Photographs, diagrams, and short descriptions of manmade submersibles occupy the verso. Among the submersibles illustrated are Trieste (a bathyscaph that reached the bottom of the Mariana Trench), Tektite I (an underwater station much like a space station), Deep Quest, and Aluminaut.

Based on verso content concerning undersea exploration, we are confident that this piece was published in 1968 or possibly early 1969. Deep Quest made its record-setting voyage on February 28, 1968, and the details of this excursion, including the depth it reached, are provided. Tektite I, which the map states 'will soon be undertaken', did not begin until 1969. The Tektite habitat was installed in the U.S. Virgin Islands by seventeen Navy Seabee divers beginning on January 28, 1969, and installation was completed on February 12. Tektite I began on February 15, 1969, when four U.S. Department of the Interior scientists took up residence in the habitat.

This map was created and published by Hammond Incorporated c. 1968. We note four examples cataloged in OCLC which are part of the collections at Southern Illinois University, the University of Florida, the Colorado School of Mines, and Utah State University.