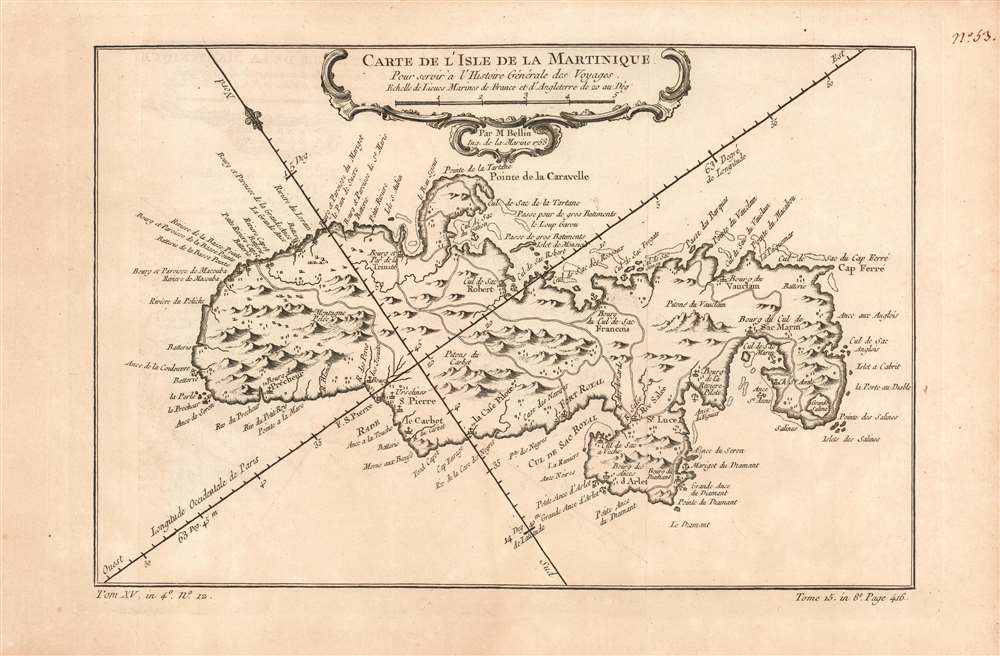 This is a beautifully engraved 1780 map of the island of Hispaniola or Saint Domingue, modern-day Haiti and the Dominican Republic. The map shows topographical features pictorially. Lakes, rivers and towns are marked and named, including Santo Domingo and Port-au-Prince. In the central part of the island is the town of Hinche (Hincha). This village, founded by Spanish settlers in 1704, was in an economically driven population boom when this map was engraved: it was a cattle town able to capitalize on selling beef to the neighboring French colony (Haiti) where it was more than seven times as expensive.

The map shows the Baye de Samana, now known as a winter mating ground for humpback whales. Partially enclosing the bay, to the north, is the Island of Samaná: one of the many cartographic instances of a peninsula being incorrectly depicted as an island. This, in spite of mapmakers as venerable as Gastaldi, Ortelius, and Hondius having included the peninsula! Although some cartographers omit the peninsula entirely, depictions of Samaná Island appear to be an error originating in French cartography with D'Anville and which was perpetuated by both Bellin and Robert de Vaugondy. Although in 1801 and 1802 the Depots de la Guerre and de la Marine corrected the error, Samaná continued to appear as an island well into the 1800s (mainly in American maps copying French maps of the previous century.

The separate map appears on the market from time to time but is somewhat neglected in institutional collections: OCLC lists perhaps twelve examples of this map in its various editions. La Harpe's Abrégé de l'histoire générale des voyages is well represented in institutions.