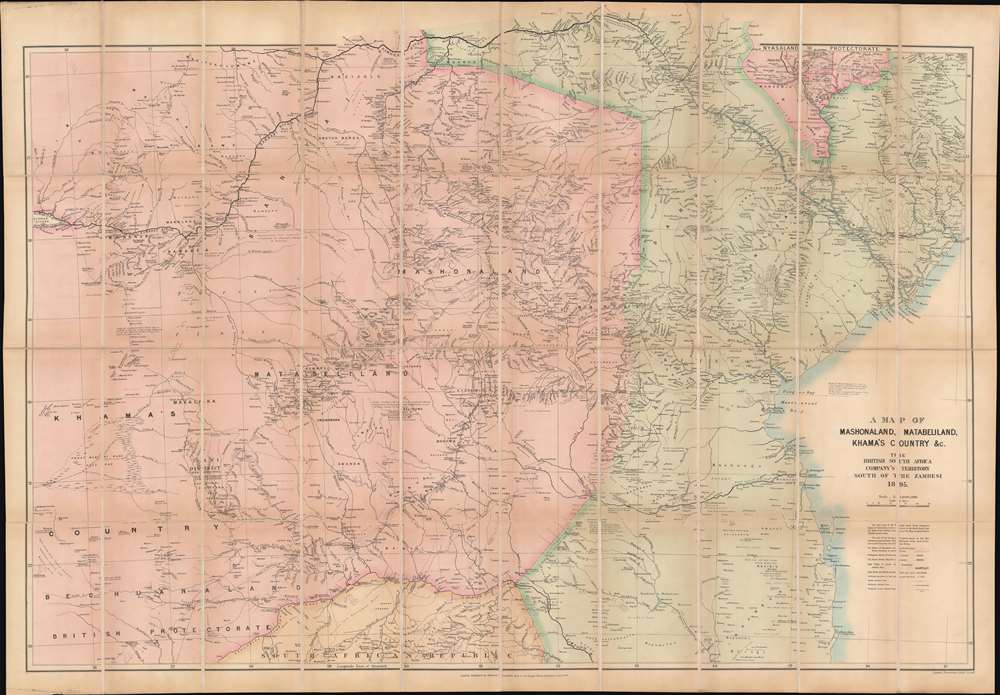 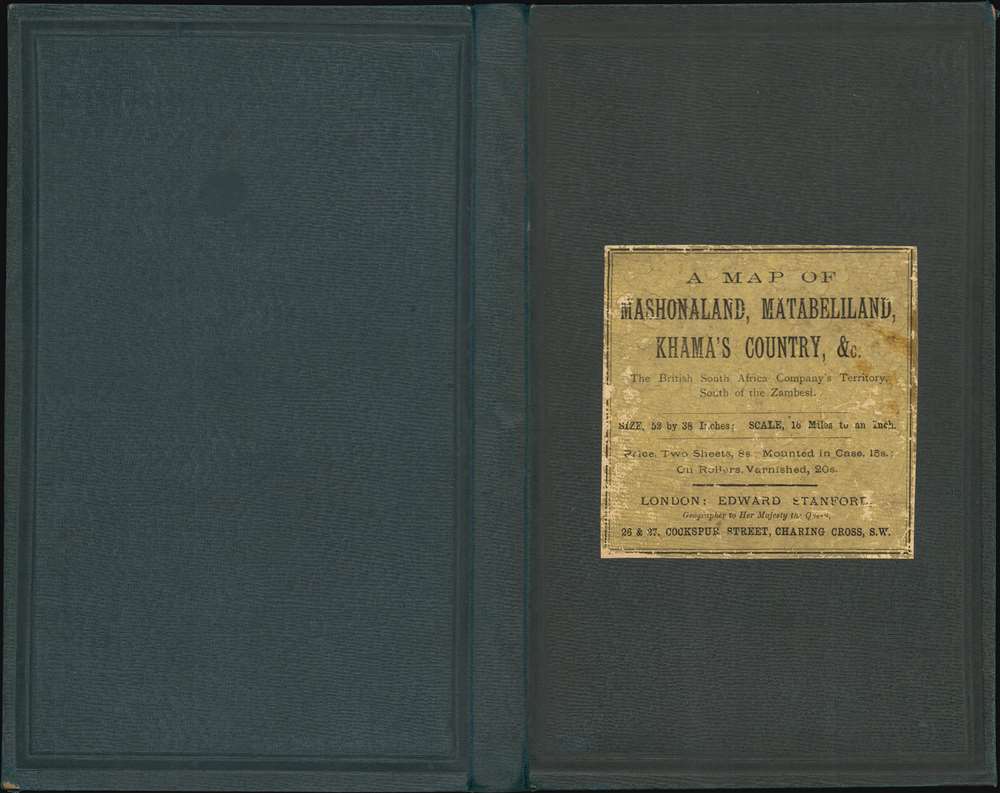 Imperial and colonial map darwn to plunder the mineral wealth.

An imperial and colonial map at its finest, this is an 1895 Edward Stanford map of southeastern Africa lauds the land 'acquisitions' of the British South Africa Company and speculates on the mineral wealth present in the region. Published the year Rhodesia was founded, the map depicts the region from Bechuanaland (modern-day Botswana) to Portuguese Mozambique and from the Zambezi River to the South African Republic. Black block letters label goldfields, and small black bars mark gold reefs and mines. Pink highlights the lands, or 'sphere of operations' of the British South Africa Company, green denotes Portuguese Mozambique, which the British South Africa Company believed could be conquered, and orange the South African Republic. Like many maps of Africa in the late 19th century this map served the dual purpose of assisting in exploitation and infrastructure devilment, and of supporting evidence for 'Effective Occupation.'

The British South Africa Company (BSAC), a colonial mining company with a Royal Charter. Chartered in 1889, the BSAC was formed by combining Cecil Rhodes' Central Search Association with the London-based Exploring Company Ltd. Founded to mine the mineral wealth of Mashonaland, the former competitors joined forces to receive a Royal Charter. The BSAC initially hoped to create a zone of British economic influence from 'Cairo to the Cape.' But Mashonaland's mineral riches proved less grand than expected, and the BSAC could barely afford the upkeep costs on the railways and other infrastructure projects. Rhodesia was founded in 1895 and administered by the BSAC until 1924. The BSAC largely ignored Southern Rhodesia's elected legislative council and no representative government, even for the settler community, existed in Northern Rhodesia until after the BSAC administration ended in 1924.

This map was created and published by Edward Stanford in 1895. Two examples are cataloged in OCLC and are part of the institutional collections at Yale and the Bibliothèque nationale de France.

Very good. Dissected and mounted on original linen, which is stable. Folds into original binder.