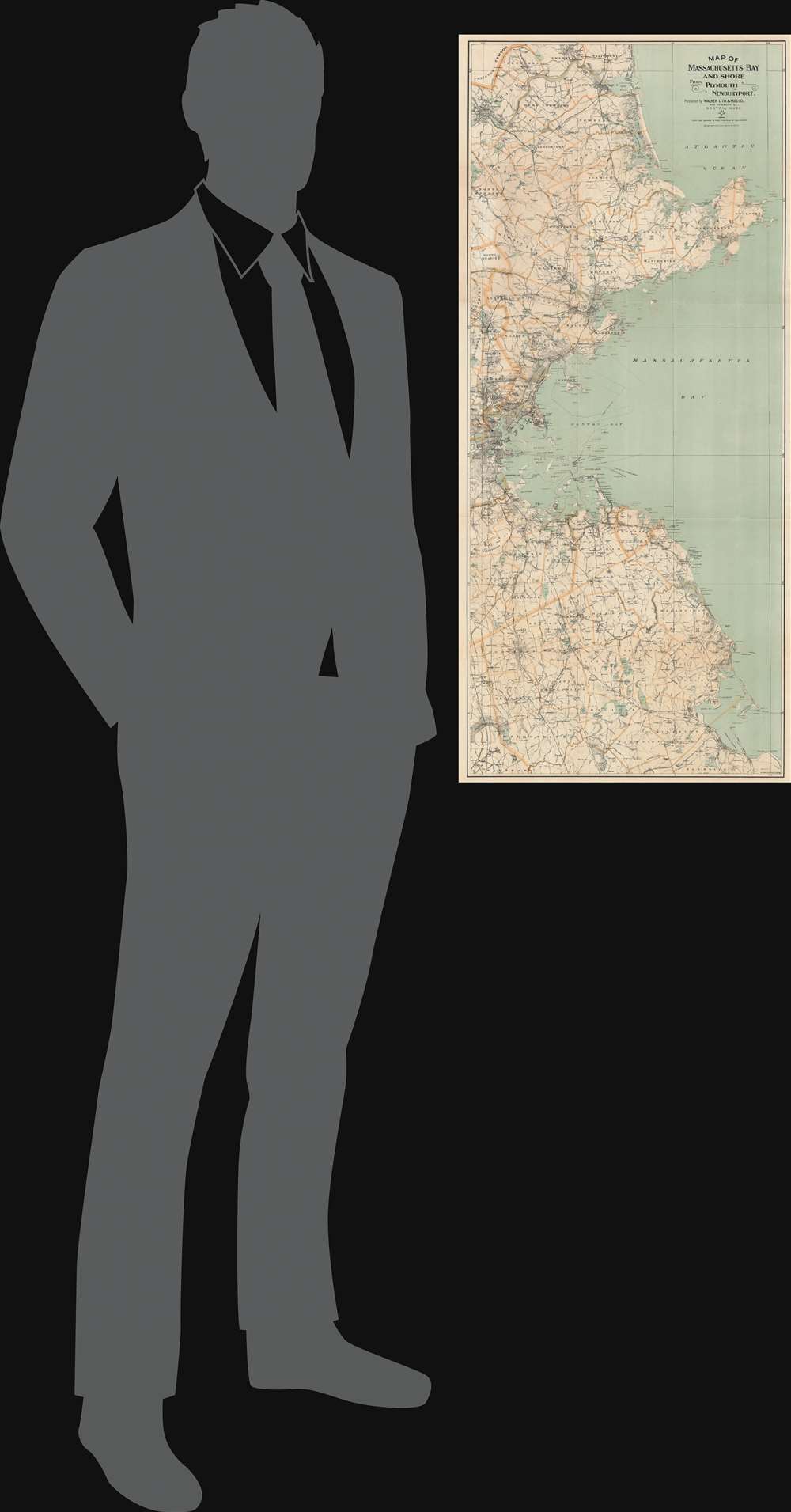 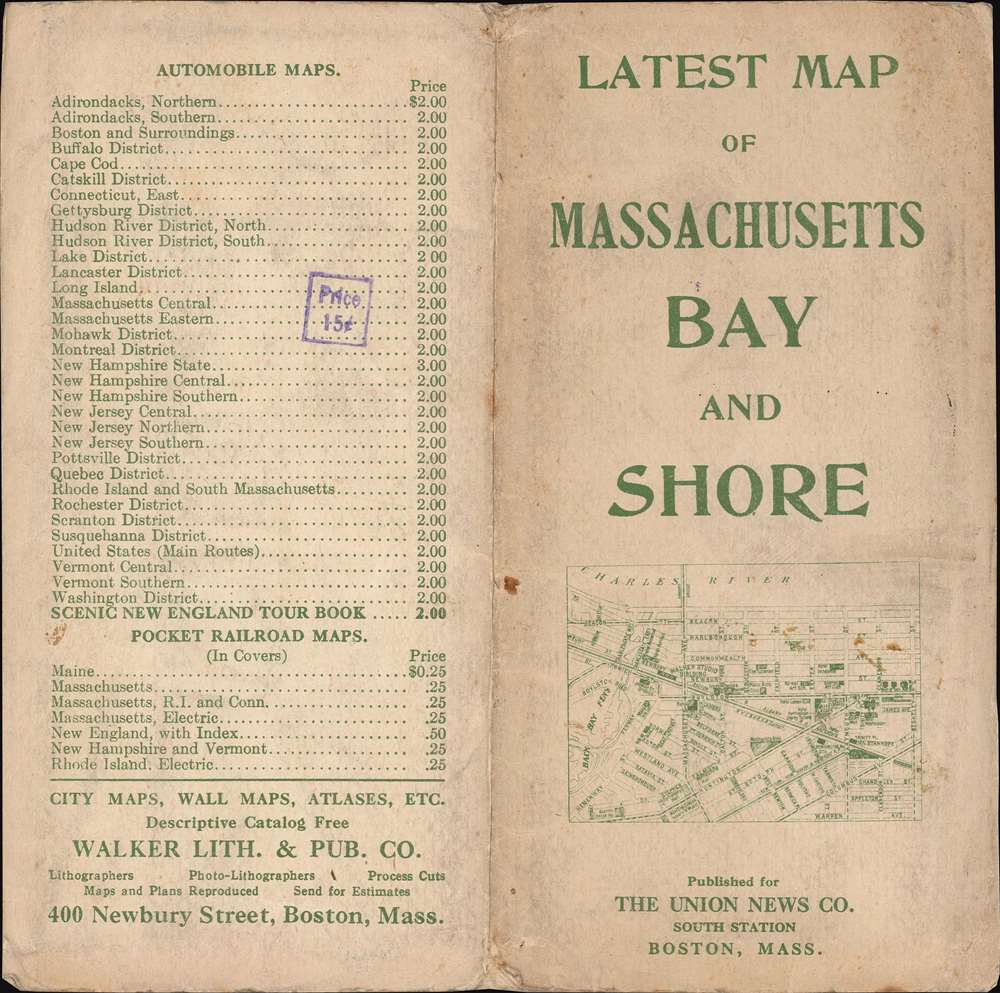 Massachusetts coast from Newburyport to Plymouth.

This is a scarce 1902 George Walker map of the bay and shore of Massachusetts from Plymouth to Newburyport. One of Walker's more uncommon pieces, the map depicts Boston and its vicinity, including the North Shore and South Shore, from Salisbury south to Plymouth and inland as far as Raynham and North Reading, including Cape Ann. The city of Boston is beautifully rendered. Cities and towns are labeled throughout, along with lakes, rivers, and islands off the coast. Roads crisscross the region, many of which are identified by name. The route of the New York, New Haven, and Hartford Railroad is traced, along with several branches of the Boston and Maine Railroad.

This map was first copyrighted by George Walker in 1894 and the present edition was published in 1902 by Walker Lithography and Publishing Company. We note a single example of the 1902 edition cataloged in OCLC, part of the collection at Yale University.