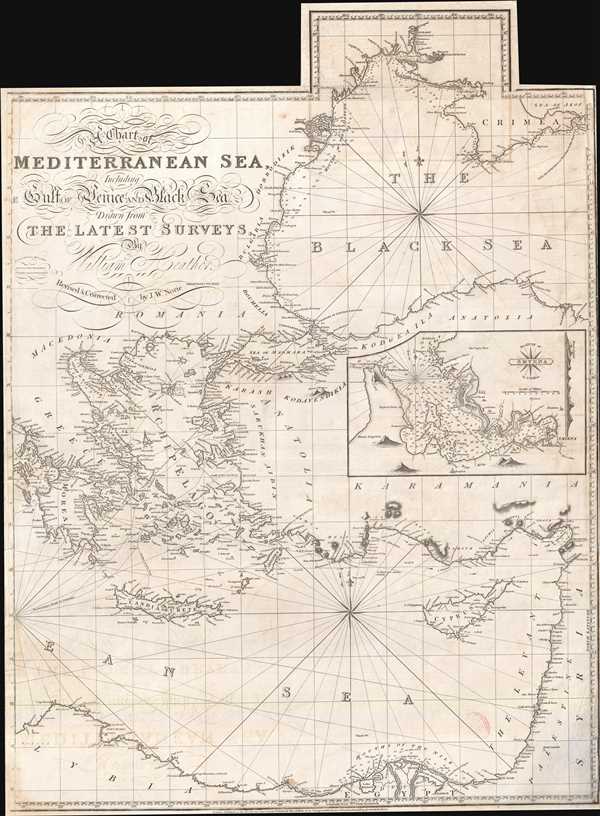 A dramatic 1822 nautical chart of the eastern part of the Mediterranean Sea by William Heather and John Norie. This map was first issued by William Heather's Navigation Warehouse and Naval Academy in 1812. The original map covered the entire Mediterranean on three sheets, of which this is the easternmost panel. The panel's were intended to be joined, or as here used as stand-alone charts. The present example covers from the Ionian Islands to modern day Israel and from the Crimea to the Nile Delta, encapsulating all of modern-day Greece, the western Black Sea, Cyprus, much of modern day Turkey, the Balkans, Israel and Lebanon, and northern Egypt. A detachable flap extends coverage of the Black Sea northwards as far as Odessa. An inset map details the harbor of Smyrna, or modern-day Izmir, Turkey.

Heather's original map was updated in the present example by his student John Norie, to reflect the most current information as of 1822.