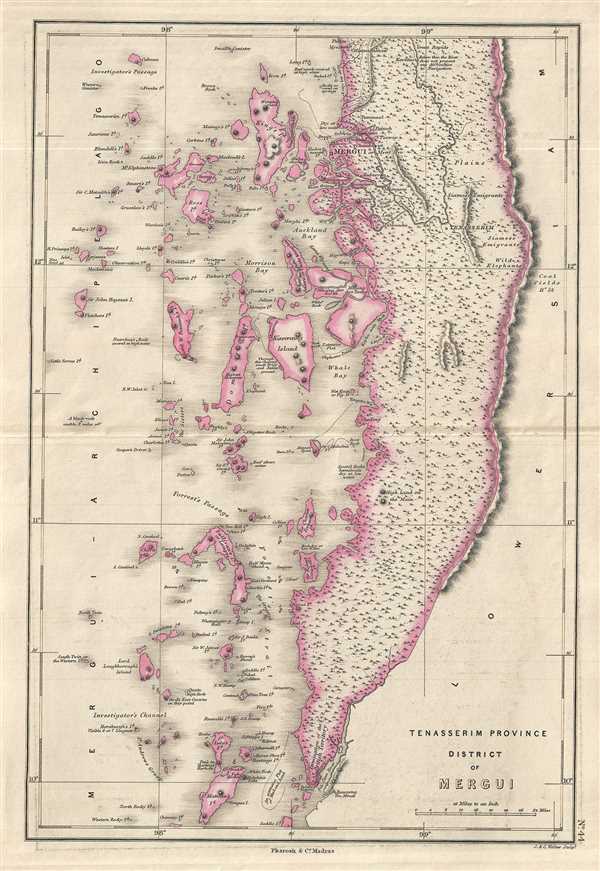 Uncommon map of the southernmost part of Burma or Myanmar under British control.

This is a lovely example of the 1854 Pharoah and Company map of the District of Mergui in Burma (Myanmar). Corresponding to part of the modern day southern Tanintharyi Region, the map covers the region in beautiful detail, noting important towns, rivers, mountains, caves, and beautifully rendered vegetation.

The regions south of the Salween or Thanlwin river was annexed by the British following the First Anglo-Burmese War in 1826 and included the Tenasserim province which at the time consisted of modern day Mon State, Kayin State, the Taungoo District, and Tanintharyi Region. The district of Mergui included the Mergui Archipelago consisting of over 800 islands. Most of the islands are identified in this map.

This map was engraved by J. and C. Walker and issued as plate no. 44 by Pharoah and Company in their 1854 Atlas of Southern India.