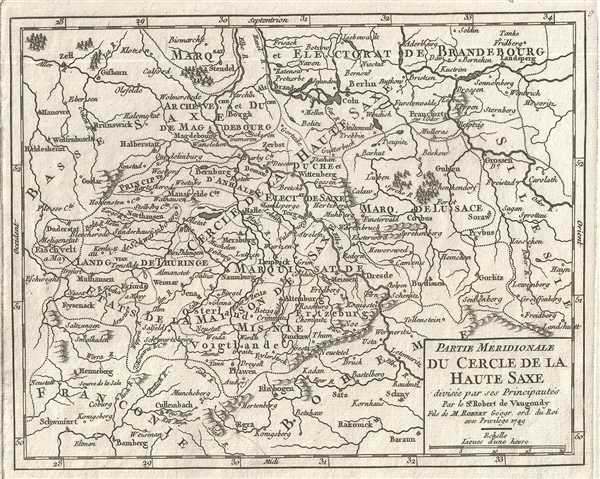 This is a beautiful 1749 map of the northern portion of Upper Saxony, in what is now Northeast Germany and Northwest Poland, by Robert de Vaugondy. In includes the Duchy of Pomerania and Brandenburg and extends from Berlin to Bamberg. The entire region is depicted in extraordinary detailed, offering both topographical and political information, with forests and mountains beautifully rendered in profile.