1861 Johnson Climate Map of the World: Meteorology, Rainfall, and Plants 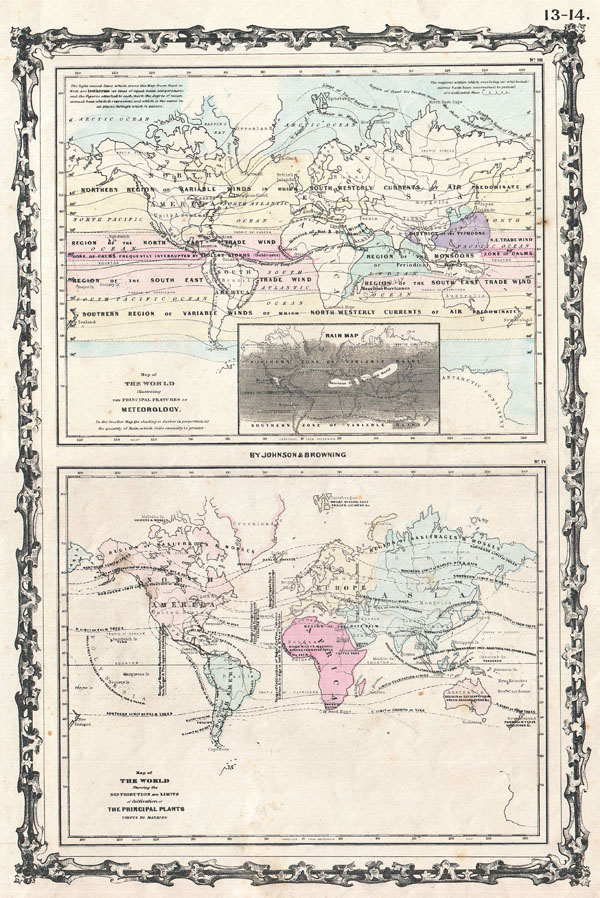 1861 Johnson Climate Map of the World: Meteorology, Rainfall, and Plants

Map of The World Illustrating the Principal Features of Meteorology. / Map of the World Showing the Distributions and Limits of Cultivation of The Principal Plants Useful to Mankind.
1862 (undated)     15.25 x 10 in (38.735 x 25.4 cm)

This is one of the thematic world map sets from the rare 1861 edition of Johnson and BrowningÂ's Illustrated Atlas of the World. Features two maps drawn within a single border. The upper map depicts the worldÂ's meteorological patterns. It includes an inset rainfall map. The lower map displays the distributions of important commercial plants around the globe – focusing on the major cash crops of the time, coffee, tobacco and cotton. Represents plates 13 and 14 in the 1861 edition of Johnson and Browning's Illustrated Atlas…