1863 Johnson Map of the World showing Meteorology, Rainfall and Plants 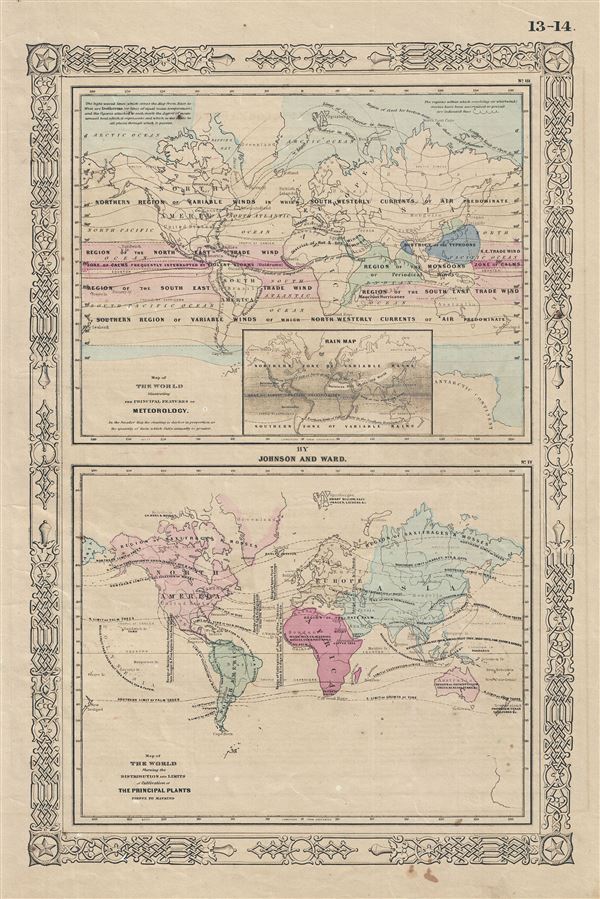 1863 Johnson Map of the World showing Meteorology, Rainfall and Plants

This is one of thematic world map sets from the rare 1863 edition of Johnson and Ward's New Illustrated Family Atlas. Features two maps within a single border. The upper map depicts the world's meteorological patterns. It includes an inset rainfall map. The lower map displays the distributions of important commercial plants around the globe – focusing on the major cash crops of the time, coffee, tobacco and cotton. Features the fretwork style border common to Johnson's atlas work from 1863 to 1869. This map was printed by Johnson and Ward as plate nos. 13-14 in the scarce 1863 Civil War edition of Johnson's Family Atlas.