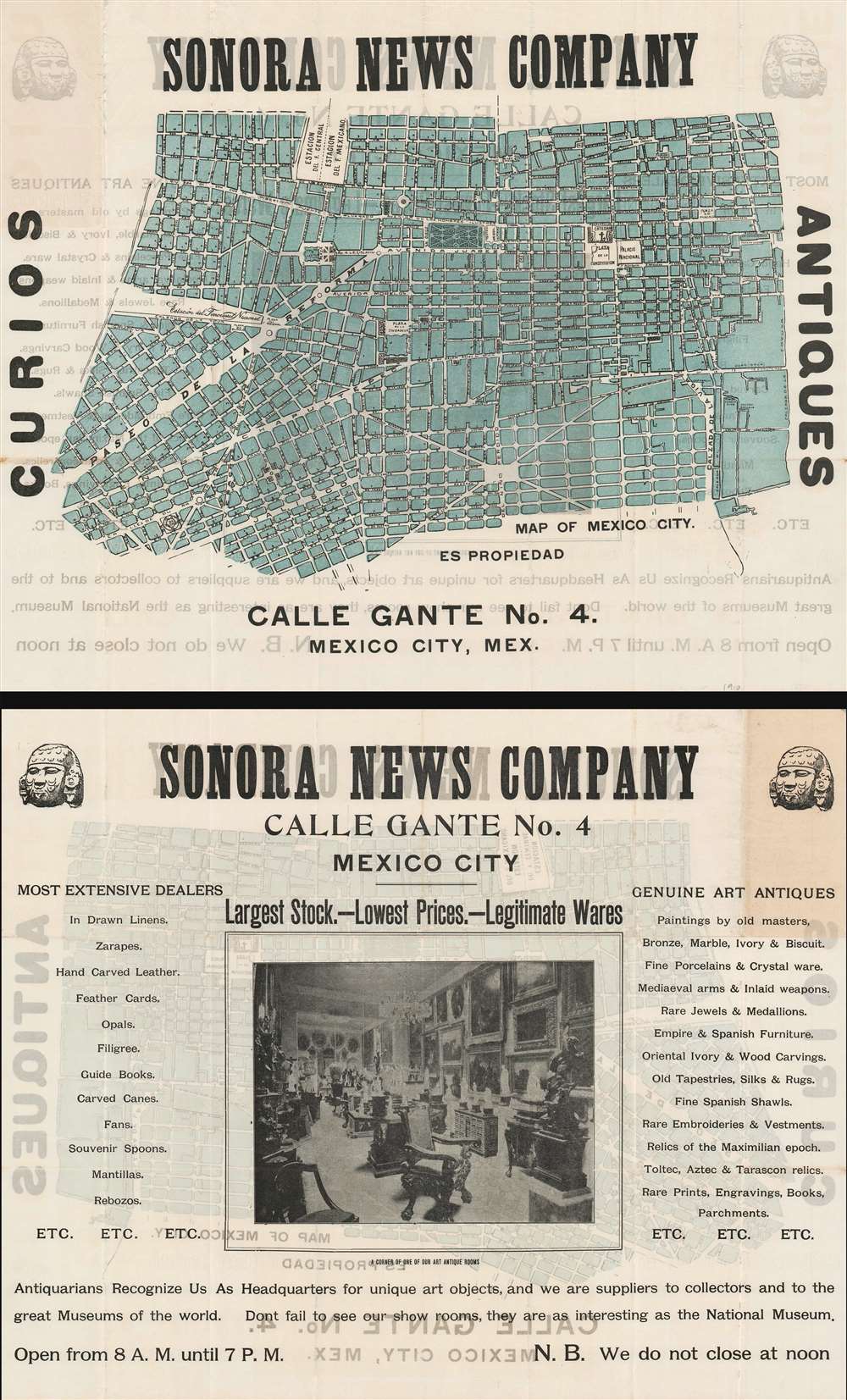 Map of Mexico City published by an antiquities dealer.
$375.00

This is a c. 1910 Sonora News Company city plan or map of Mexico City. Depicting the center of the city, the map notes the Palacio Nacional, Plaza de la Constitucion, Teatro Nacional, and Plaza de la Ciudadela, among others locations. Major streets are labeled, including the Paseo de la Reforma, which remains a major Mexico City thoroughfare. Two railway stations are also labeled. Curiously, even though this is an advertisement for the Sonora News Company, the locations of their stores are not labeled. A photograph of one of the Sonora News Company's antique stores in printed on the verso.

This map was created and published by the Sonora News Company c. 1910. This is the only known example.

The Sonora News Company (1896 - 1929) was a publisher and chain of antique shops active in Mexico City during the late 19th and early 20th century. Founded by Charles B. Waite (1861 - 1929), an American photographer, the Sonora News Company operated it headquarters at Calle de Gante 4 and also had several novelty, art, and antiquities shops in and near the Hotel Iturbide and sold and/or produced magazines, postcards, guidebooks, souvenirs, and newspapers. Some of their inventory was manufactured in the United States. Learn More...

Good. Exhibits some toning. Light wear along original fold lines. Advertising text on verso.
Looking for a high-resolution scan of this?