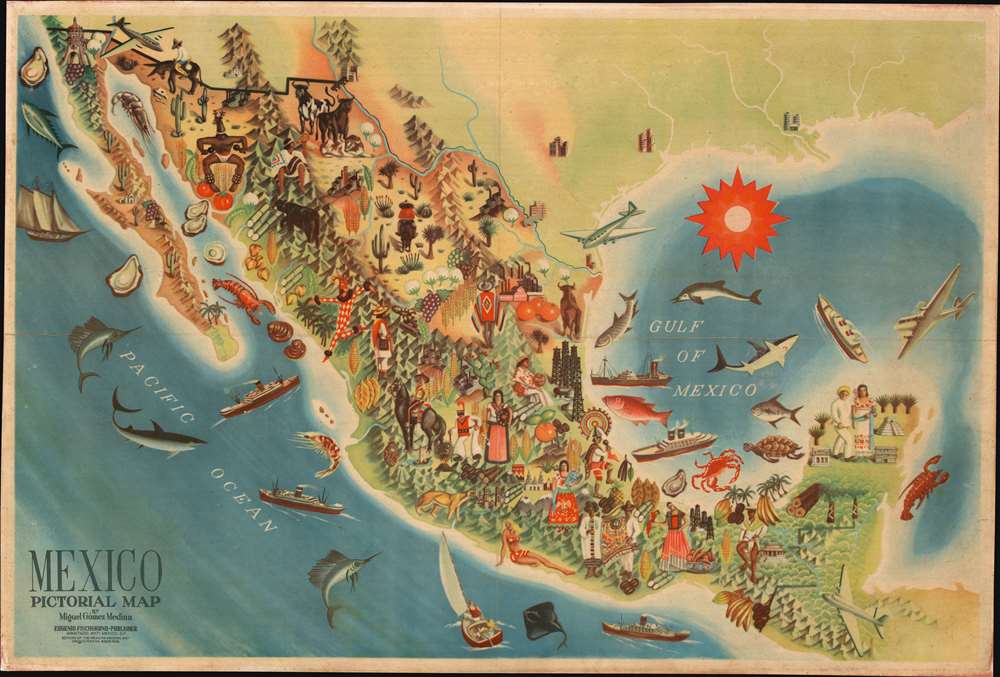 This is an incredibly rare 1931 Miguel Gómez Medina pictorial map of Mexico. The map depicts the region from the Pacific Ocean to the Yucatan Peninsula and from the southern United States to Honduras. Beautifully illustrated, Medina seamlessly blends Mexico's culture, agriculture, and industry into a coherent and attractive whole. Medina uses the Mexican people to illustrate the country's traditional costumes and traditions. Mayan ruins are illustrated in the Yucatan Peninsula, highlighting Mexican history. Oranges, cacao, bananas, pineapple, coffee, and cotton are among the crops included by Medina to emphasize Mexican agriculture and fish, sharks, oysters, and other sea life show the bounty of Mexico's coastal waters. Factories and oil derricks promote Mexican industry. Even Mexican terrain is depicted, from the deserts of the north to the jungles of the south.

This map was created by Miguel Gómez Medina and published by Eugenio Fischgrund in 1931. We are aware of only one institutional example which is part of the David Rumsey Map Collection at Stanford University.