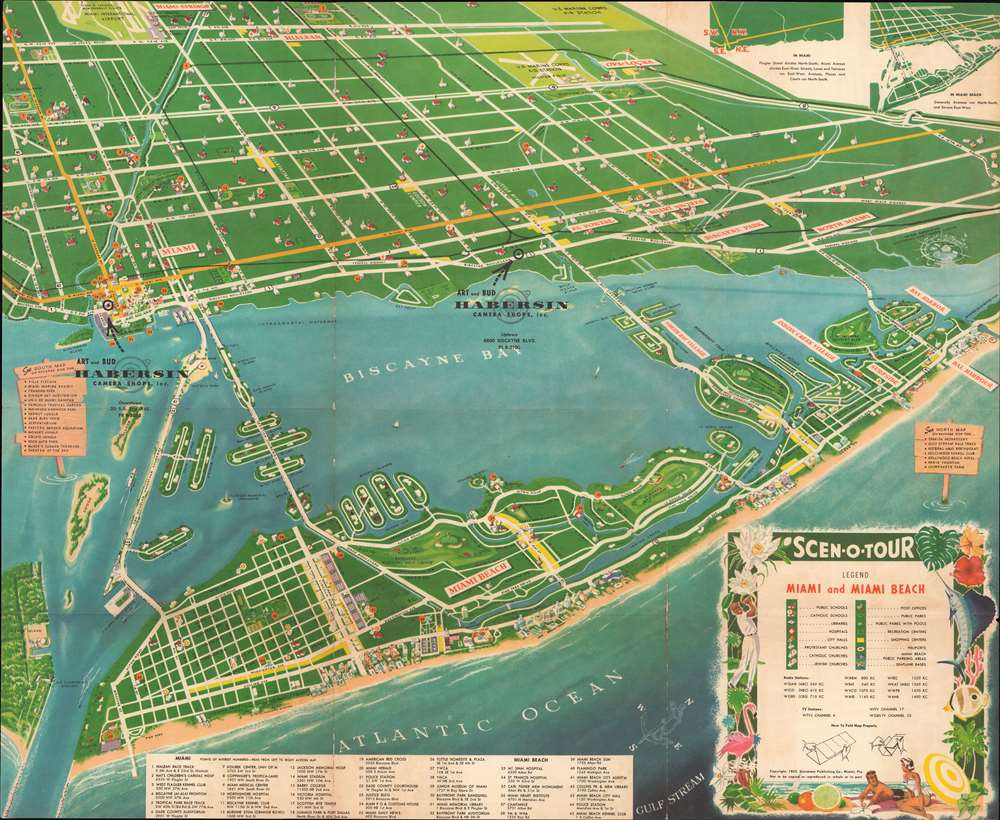 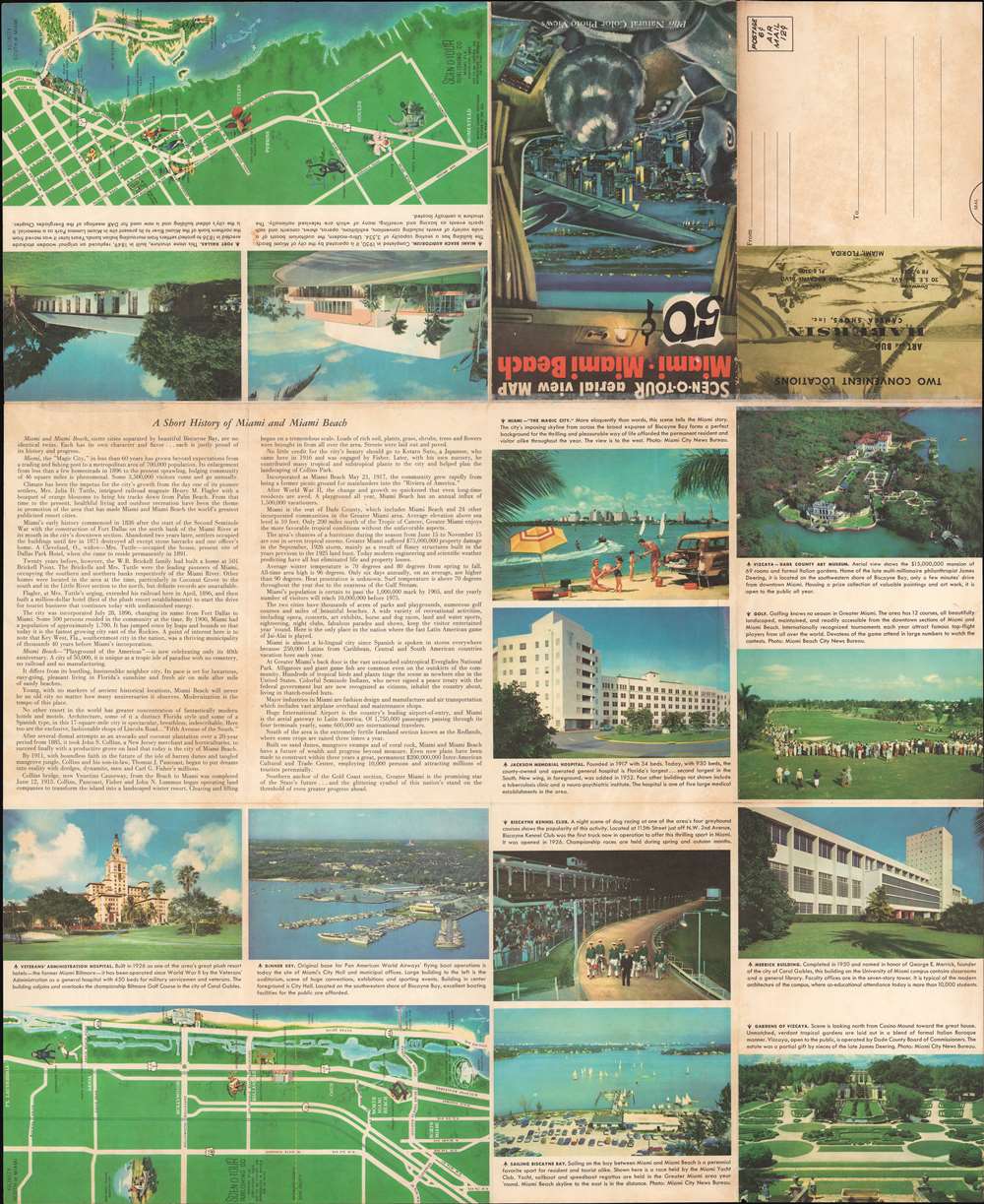 'A permanent world's fair that will dwarf the celebrated temporary world's fairs at Chicago and New York during the Thirties.' WHAT!?
$400.00

This is a 1955 Don Mahn and Scen-o-tour pictorial bird's-eye view of Miami and Miami Beach, Florida. This is one of the few maps to show the proposed Inter-American Cultural and Trade Center. Looking northwest over the cities from above the Atlantic Ocean, icons, drawn with the correct perspective, dot the landscape and mark schools, churches, hospitals, and libraries. Forty-five other locations are numerically identified and correspond with a key situated along the bottom border. A legend, surrounded by a pictorial border, explains all the icons present and lists nearly a dozen local radio stations. In a charming addition, it also includes a diagram of how to 'properly' fold the map.

Inter-American Cultural and Trade Center was conceived in 1950 as a permanent theme park and trade show. The complex, to be located some 10 miles north of Miami, received congressional approval and was endorsed by the Harry S. Truman administration. The authority tasked with planning and construction, Interama, was created in 1951. The proposed center was to be opened in 1976 as a permanent international exposition providing cultural, educational, and trade activities combining the features of an amusement park, world's fair, and trade fair. It was heavily promoted throughout the 1950s as

An endless show, combining a trade fair with a fun fair and including top-grade cultural events as well, is expected to open beside a palm-fringed lagoon in North Miami, Fla. … It will be a permanent world's fair that its sponsors hope will dwarf the celebrated temporary world's fair at Chicago and New York during the Thirties.

Despite considerable initial enthusiasm, the development lost momentum and, by 1975, the Interama project was abandoned.

This map was drawn by Don Mahn and published by the Scenotour Publishing Company of Miami, Florida in 1955. The present example is a variant published to promote Habersin Camera Shops, on Biscayne Boulevard. Habersin operated from 1954 to 1967. The only known institutional example is part of the Touchton Map Library at the Tampa Bay History Center.