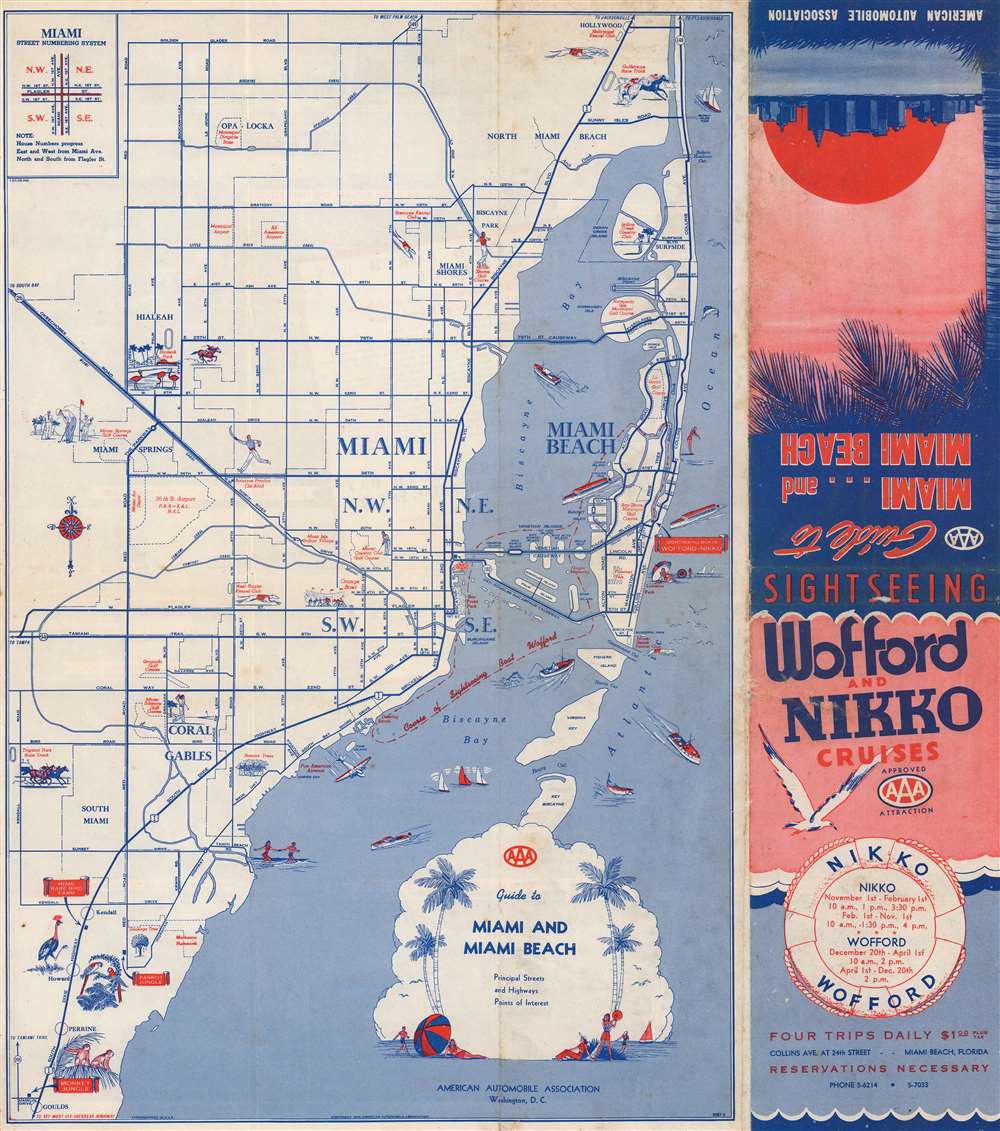 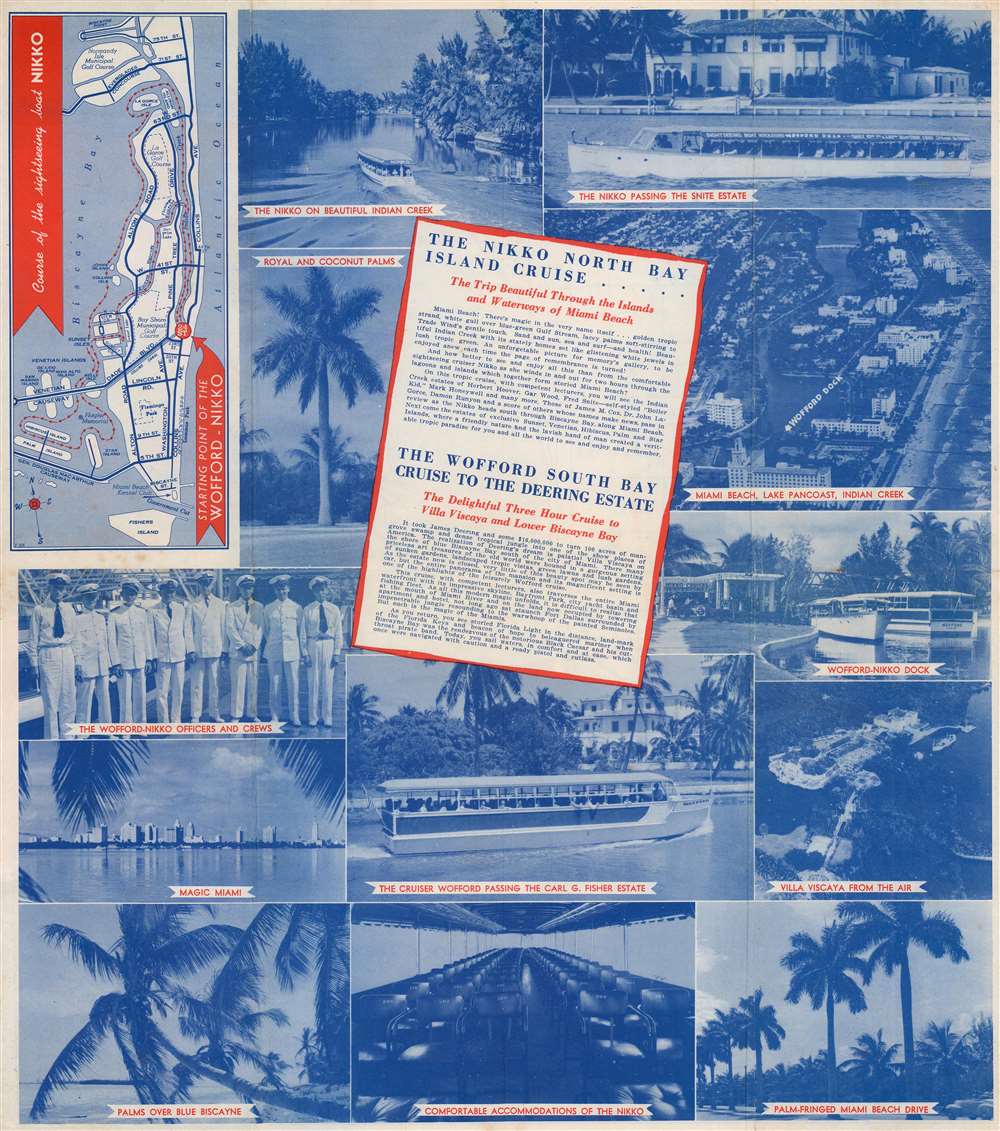 This map was created and published by the American Automobile Association in 1945 and distributed by Wofford and Nikko Cruises, an 'approved A.A.A. attraction'. This is the only known cataloged example.

Good. Wear along original fold lines. Slight loss to second 'S' in 'Sightseeing'.
Looking for a high-resolution scan of this?