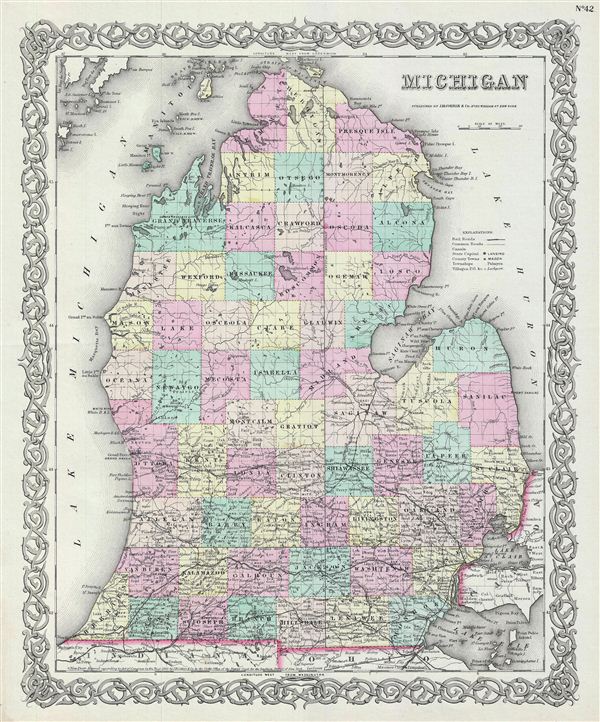 An excellent 1855 first edition example of Colton's map of Michigan. Like most of Colton's state maps, this map was derived from an earlier wall map of North America produced by Colton and D. Griffing Johnson. Covers lower part of the state bounded by Lake Michigan on the west and Lake Huron on the east.