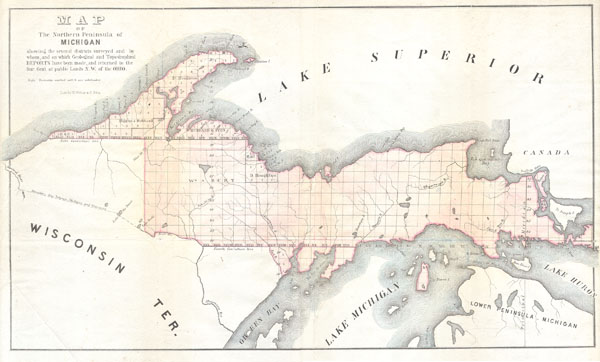 This is in unusual General Land Survey map of the Northern Peninsula of Michigan. Offers considerable decorative and topographic detail for a GLS map. Small steam ship depicted of Manitou Island. By Weber and Balto.