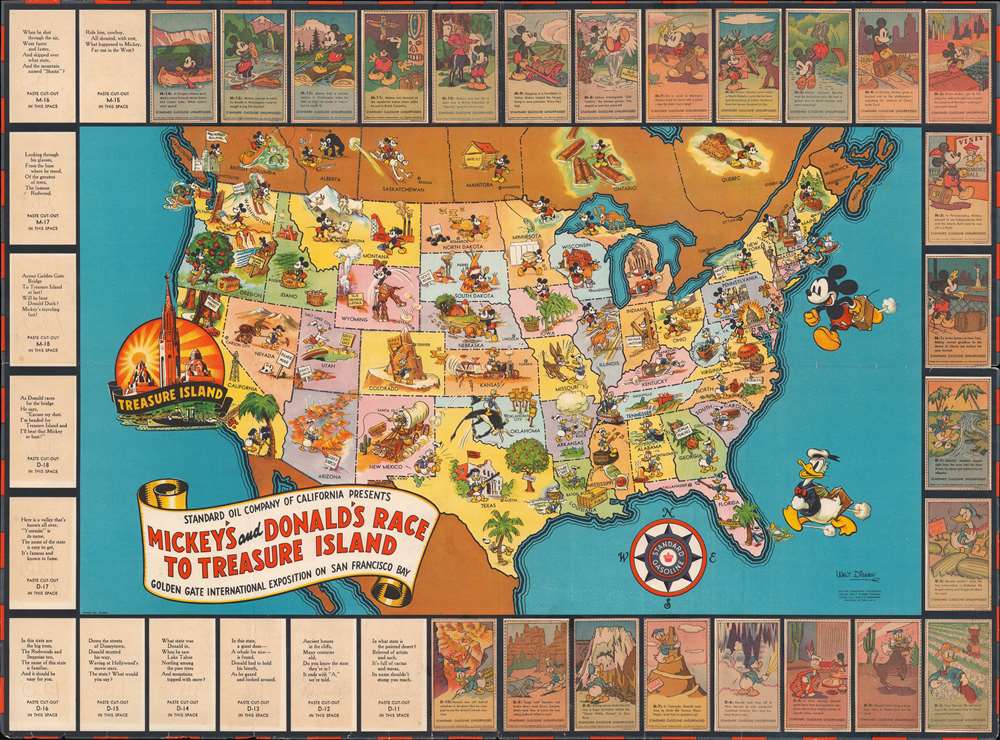 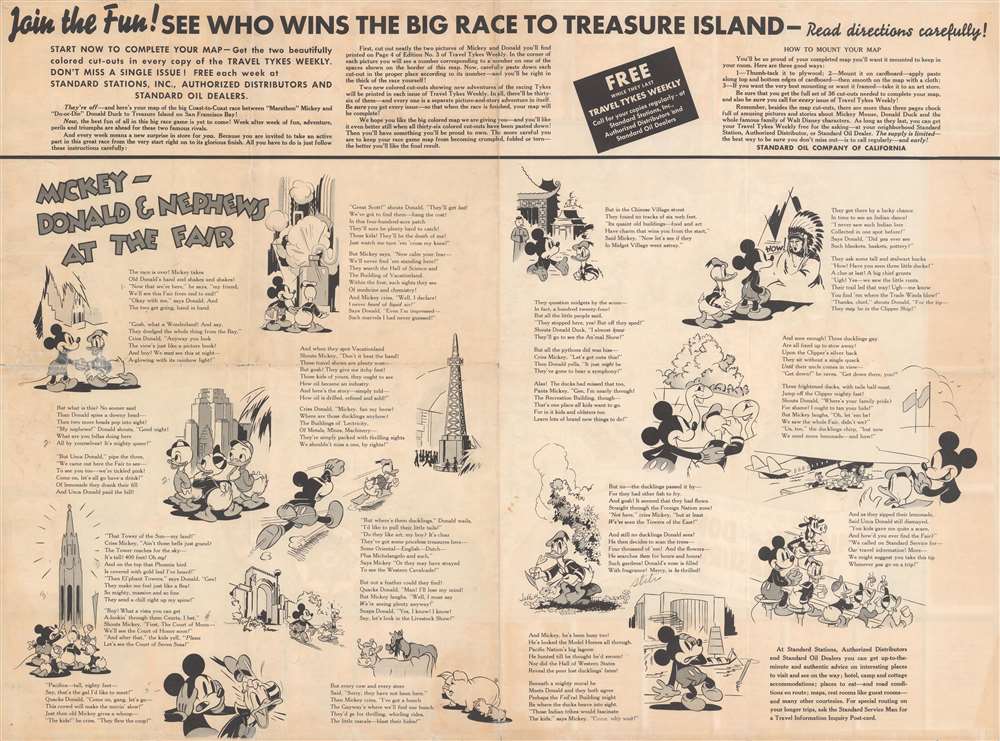 Mickey and Donald race to the Golden Gate International Exposition in San Francisco!
$950.00

This is a 1939 Walt Disney and Standard Oil Mickey Mouse and Donald Duck pictorial game board map of the United States, created for the 1939 Golden Gate International Exposition in San Francisco. Mickey and Donald race across the United States towards the Expo. Mickey begins in New York and Donald starts in Miami, each stopping to visit sites and take part in activities. Illustrations of Mickey or Donald appear in each state. In Michigan, for example, Mickey drives a car out of a factory, picks corn in Iowa, and harvests potatoes in Idaho. Donald eyes some fresh peaches in Georgia, swims in the Great Salt Lake in Utah, harvests wheat in Kansas, and visits the Grand Canyon in Arizona.

Spaces for thirty-six 'cut-outs' frame the map and chronicle Mickey and Donald's race across the country. The map's original owner managed to collect twenty-four of the cut-outs and adhered them in the appropriate spaces, allowing us to follow both Mickey and Donald through part of their trip. Each cut-out features a color illustration of either Mickey or Donald and a short description of the activity they are doing. The cut-outs were available weekly in issues of 'Travel Tykes Weekly', provided for free at Standard Stations and other official Standard Oil distributors. While this map was meant to be fun for kids, it and the short texts in the 'Travel Tykes Weekly' also reinforced Mickey and Donald's different personalities. Additionally, the map and others like it played a role in creating the national culture of travel, exploring the country, visiting the natural wonders of the United States from coast to coast, and learning about other parts of the U.S.

A story in rhyming verse about Mickey, Donald, and Donald's nephews at the fair occupies most of the verso. Illustrations of fair attractions, including the Tower of the Sun, appear as well.

Treasure Island, an artificial island constructed specially for the Exposition, was intended to be a municipal airport, but instead was turned into a naval base during World War II. It remained Naval Station Treasure Island until 1997.

This map was created and copyrighted by Walt Disney Productions in 1939 and for the Standard Oil Company of California. We note three examples cataloged in OCLC which are part of the collections at Yale University, the University of Wyoming, and the California Historical Society. An example is also part of the David Rumsey Map Collection.