1837 Malte-Brun Map of Europe in the Middle Ages 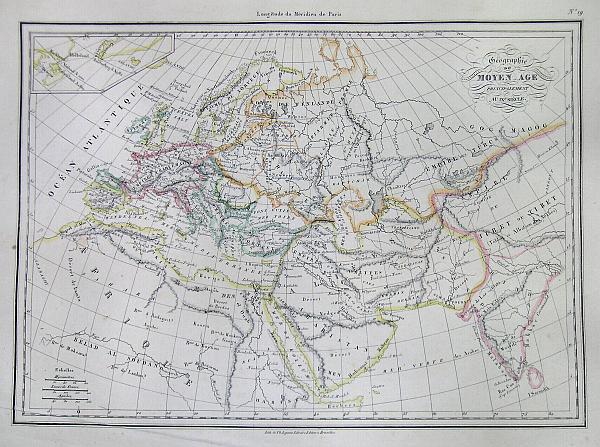 1837 Malte-Brun Map of Europe in the Middle Ages

This is a beautiful 1837 hand colored map of Europe and parts of Asia as they appeared in the Middle Ages – roughly 900 A.D. All text is in French.