1969 Civic Education Service Map of Israel, Sinai, and the War of Attrition 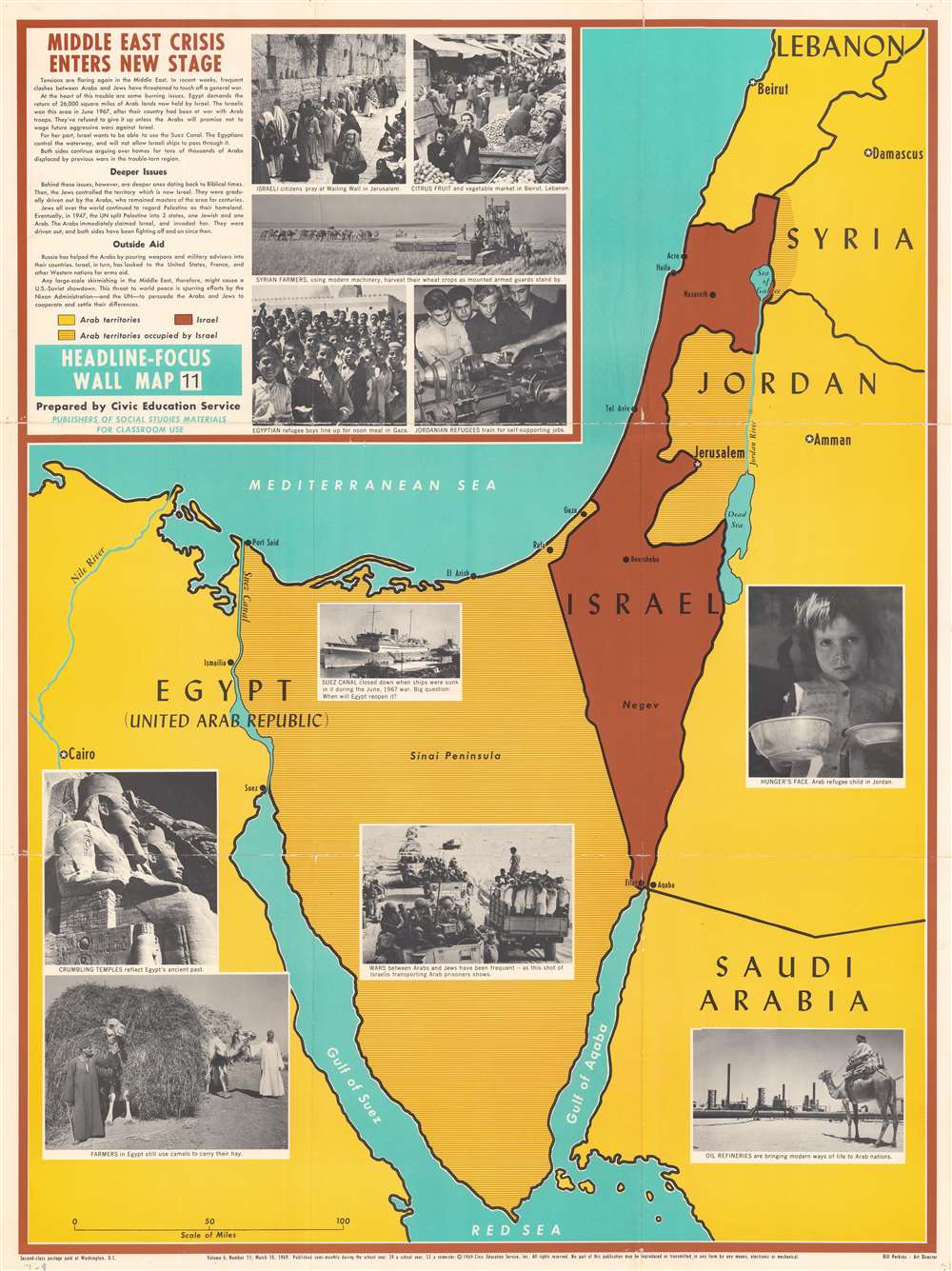 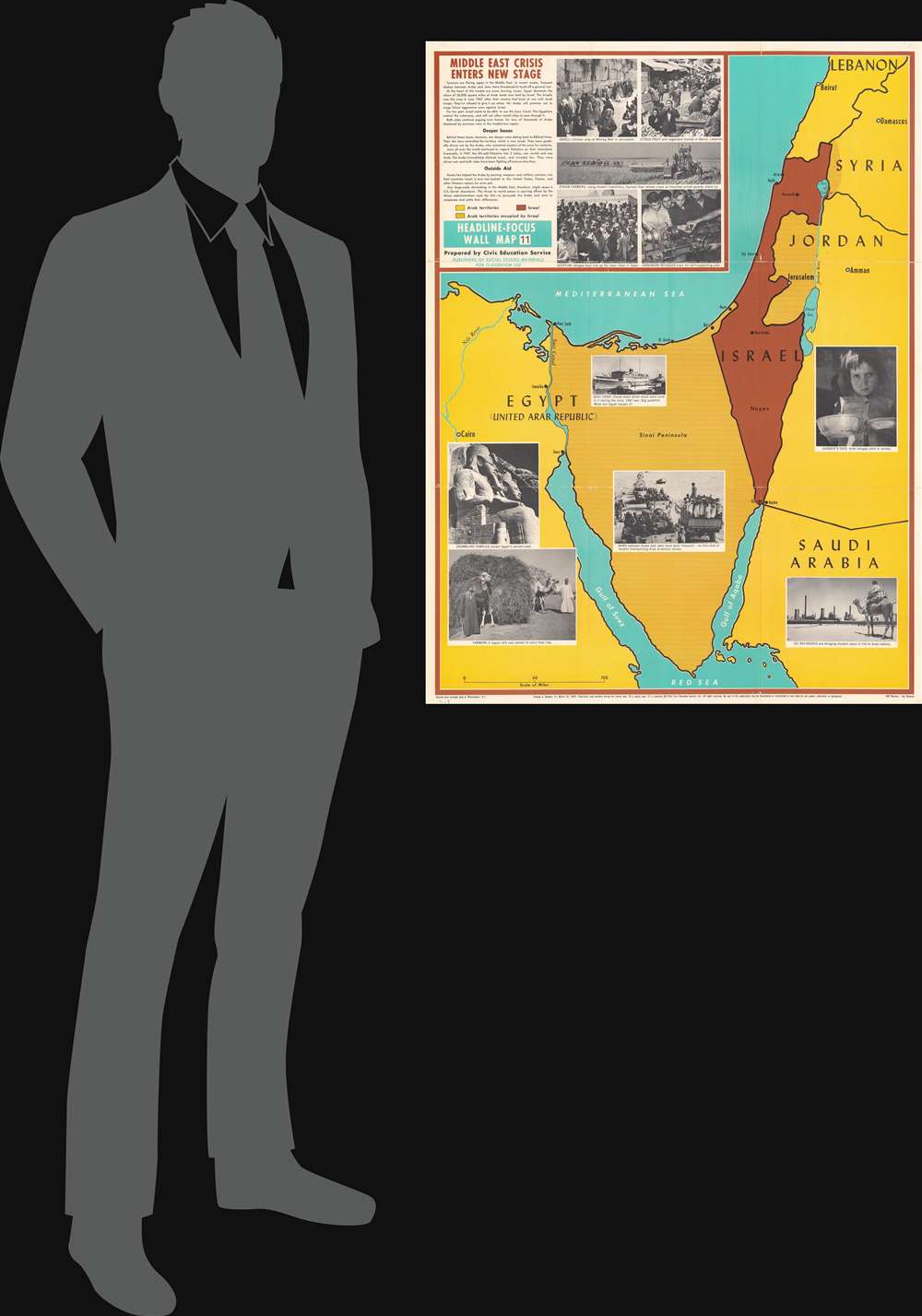 1969 Civic Education Service Map of Israel, Sinai, and the War of Attrition

This is a 1969 Civic Education Service map of the Middle East focusing on Israel, the Sinai Peninsula, and the surrounding region. Published during the War of Attrition between Israel and Egypt, Israel is shaded brown, and the surrounding Arab states (Lebanon, Syria, Jordan, Saudi Arabia, and Egypt) yellow. Brown and yellow parallel lines illustrate areas occupied by Israel, including the Sinai, Gaza, the West Bank, and the Golan Heights. Since this piece was created for use in schools, photographs present the conflict and the countries involved, including Egyptian and Jordanian refugees and cultural sites in Israel and Egypt.

The War of Attrition was a continuation of the 1967 Six-Day War fought between Israel and a coalition of Arab states made up of Syria, Jordan, and Egypt. During the Six-Day War, Israel caught Egyptian forces completely by surprise, nearly destroying the Egyptian Air Force. Israeli forces occupied the Sinai Peninsula after just six days of fighting. By the time the ceasefires were signed, Israel had also seized the Gaza Strip from Egypt, the Golan Heights from Syria, and the West Bank (including East Jerusalem) from Jordan. After the Six-Day War, no parties involved seriously tried to resolve the issues at the center of the Arab-Israeli conflict. The Arab League established its 'three no's' policy in September 1967 which barred peace, recognition, or negotiations. Thus, the conflict simmered in the background, with artillery duels or small-scale incursions continuing hostilities. In March 1969, however, the Egyptian Army decided that it was prepared for larger scale operations against the Israelis occupying Sinai, and Egyptian President Gamal Nasser declared the War of Attrition on March 8. The Egyptians shelled the Suez Canal and led extensive commando raids and aerial warfare against the Israelis, but when a ceasefire ended the fighting in August 1970, the borders had not changed.

This map was created by the Civic Education Service and published on March 10, 1969. We note a single cataloged example which is part of the collection at the Library of Congress.