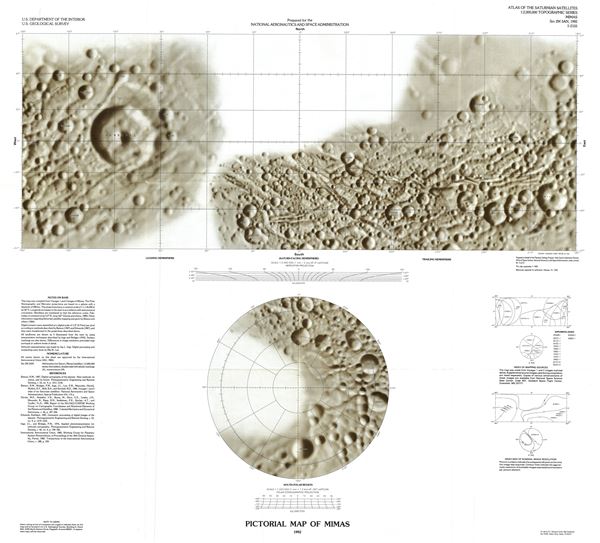 This is a beautiful 1992 U.S. Geological Survey map of Mimas, moon of the planet Saturn. The large crater Herschel, named after William Herschel, the astronomer who discovered Mimas, is identified in this map. Curiously, because of the shape of Herschel, Mimas sometimes resembles the Death Star depicted in the movie Star Wars. The movie however, was made in 1977, three years before the discovery of Mimas. The South Polar Region is featured as an inset in the lower half of this map. This map is based on the images from Voyager 1 and 2.

This map was prepared for the National Aeronautics and Space Administration and published by the U.S. Geological Survey as Atlas of Saturnian Satellites Topographic Series map I-2155.