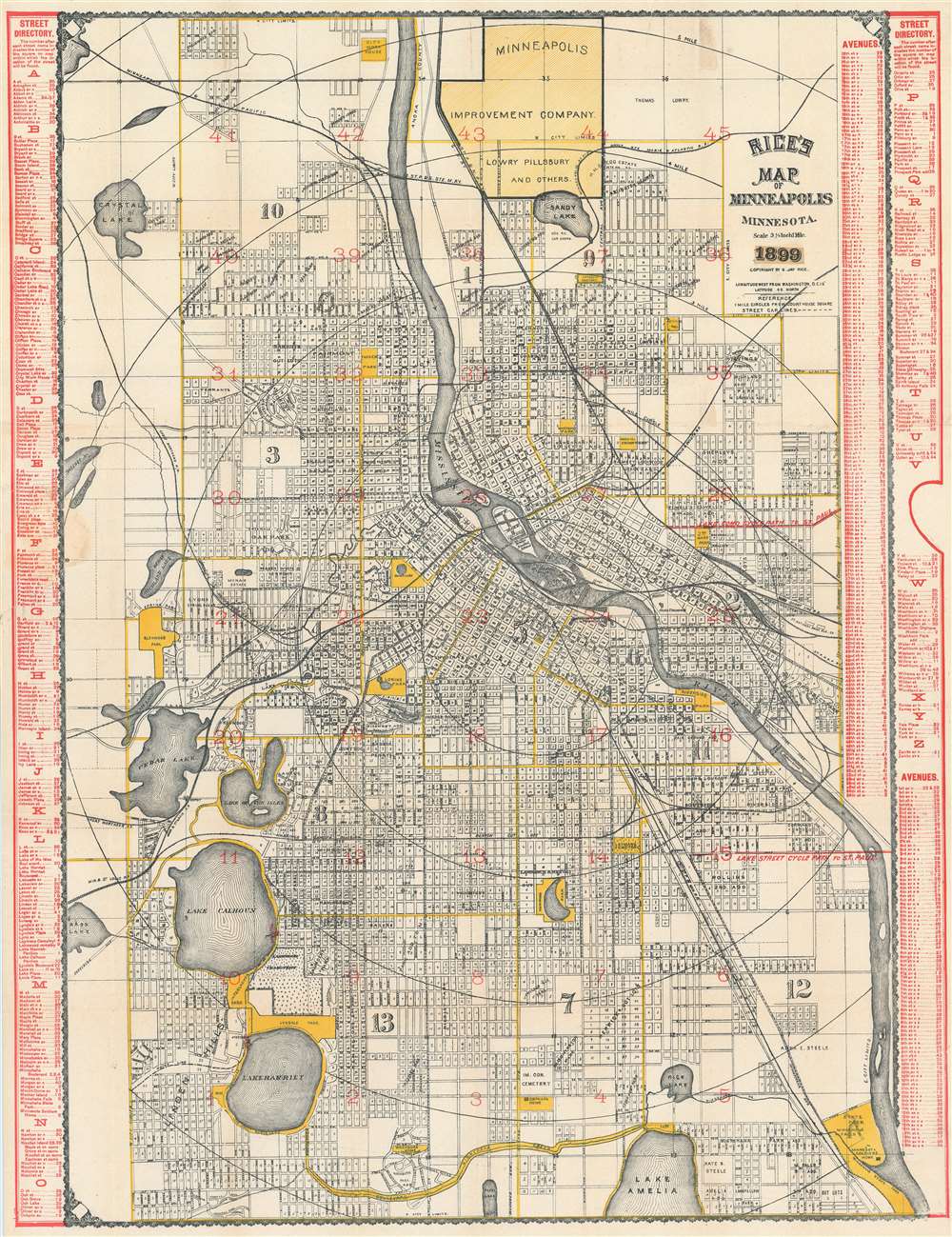 A highly detailed city plan of Minneapolis including the various railroads that traveled through the city.

This is an 1899 G. Jay Rice city map or plan of Minneapolis, Minnesota. The map depicts the region from Sweeney Lake and Bass Lake to the eastern city limits of Minneapolis and from the northern city limits of Minneapolis to Lake Amelia and the southern city limits. Highly detailed, myriad streets are illustrated and labeled throughout the city. Buildings all across the city are identified by numbers, although it is unclear whether or not these numbers are their street addresses. Railroads, such as the Minneapolis and Pacific, the Chicago, St. Paul, and Minneapolis, and the Great Northern Railway wind their way across the city in several different directions. Parks are labeled and shaded yellow, as are major avenues, streets, and the city limits. Neighborhoods are identified but not rigidly defined. Concentric circles placed one mile apart illustrate the distance from Courthouse Square. A street directory, situated along both the left and right borders, lists the city's streets in alphabetical order and gives each street's location on the grid that is superimposed over the city on the map.

This map was created and published by G. Jay Rice in 1899. There are two examples in institutional collections at the University of Minnesota, Minneapolis and the Minnesota Historical Society.