1881 Bradley Map of Minnesota and Iowa 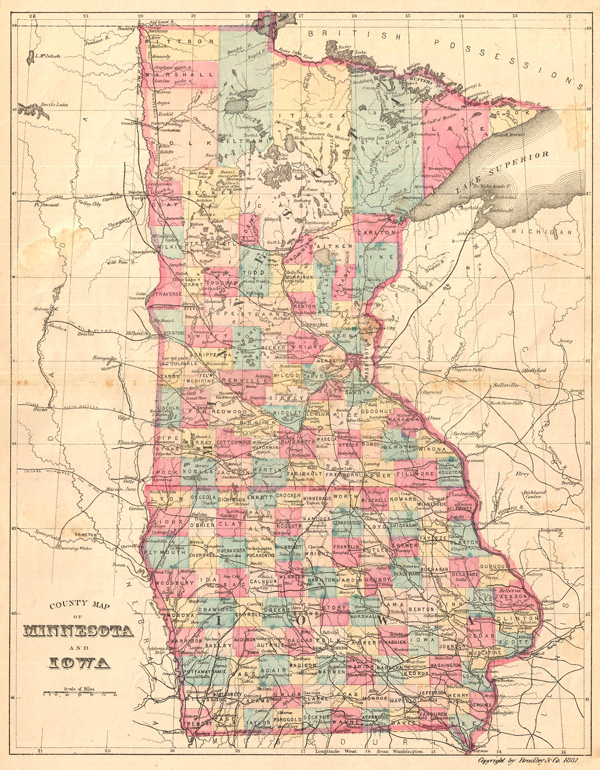 1881 Bradley Map of Minnesota and Iowa

This is an attractive county map of Minnesota and Iowa, showing counties in light pastels, roads, rivers, and relief shown by fine hachures. By William M. Bradley, from his Bradley's Alas of the World for Commercial and Library Reference, 1881.