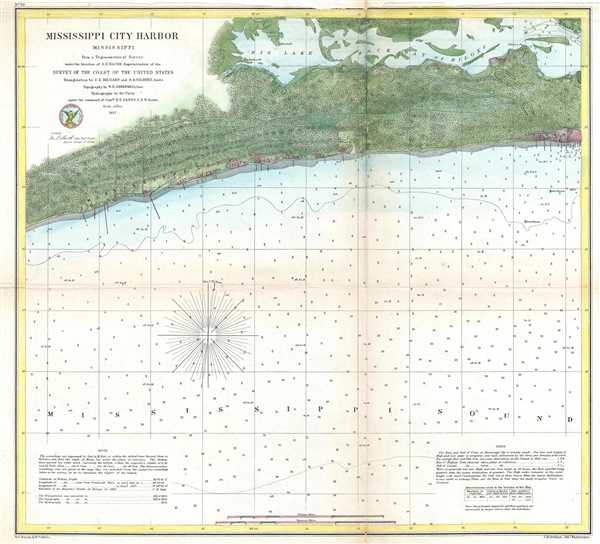 An attractive hand colored 1857 U.S. Coast Survey nautical chart or map depicting Mississippi City Harbor, Mississippi. This chart depicts the Mississippi Coast between Mississippi City and Biloxi, Mississippi. Inland regions are depicted in considerable detail, down to individual buildings. In addition to inland details, this chart contains a wealth of practical information for the mariner from oceanic depths, to harbors and navigation tips on important channels. The hand color work on this beautiful map is exceptionally well done.

The triangulation for this chart was accomplished by J. E. Hilgard and S. A. Gilbert. The Topography was the work of W. E. Greenwell. And the hydrography was completed by a party under the command of B. F. Sands. This entire work was compiled under the direction of A. D. Bache, Superintendent of the Survey of the Coast of the United States and one of the most influential American cartographers of the 19th century.