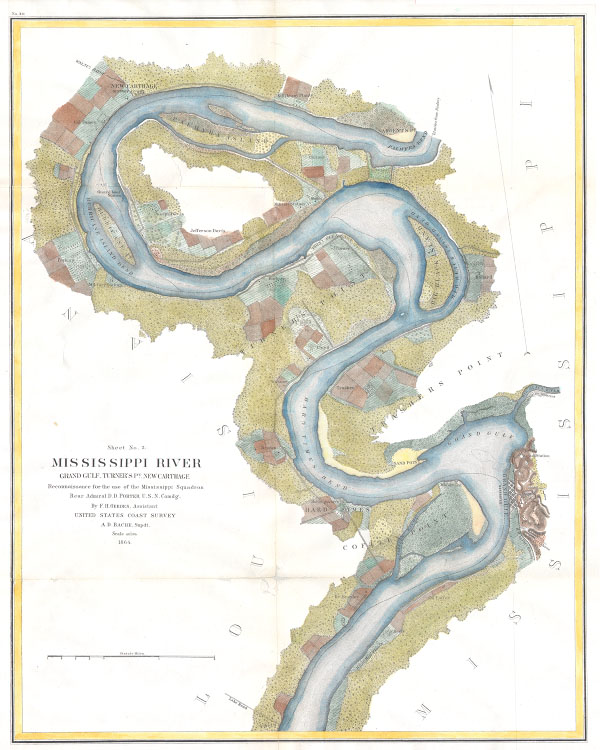 This is a beautiful hand colored 1864 United States Costal Survey chart or map of a sinuous part of the Mississippi River from Grand Gulf, Mississippi to New Carthage, Louisiana. The bends in the river are named, as are the many river islands shown. Notes towns, wood lots, landings and farms, many of which are shown with family names. This map is especially important for Civil War buffs as it includes the Jefferson Davis Plantation. This map was created under the direction of A. D. Bache, Superintendent of the Survey of the Coast of the United States and one of the most influential American cartographers of the 19th century.

Fine condition. Professional restored and re-backed with linen.
Looking for a high-resolution scan of this?