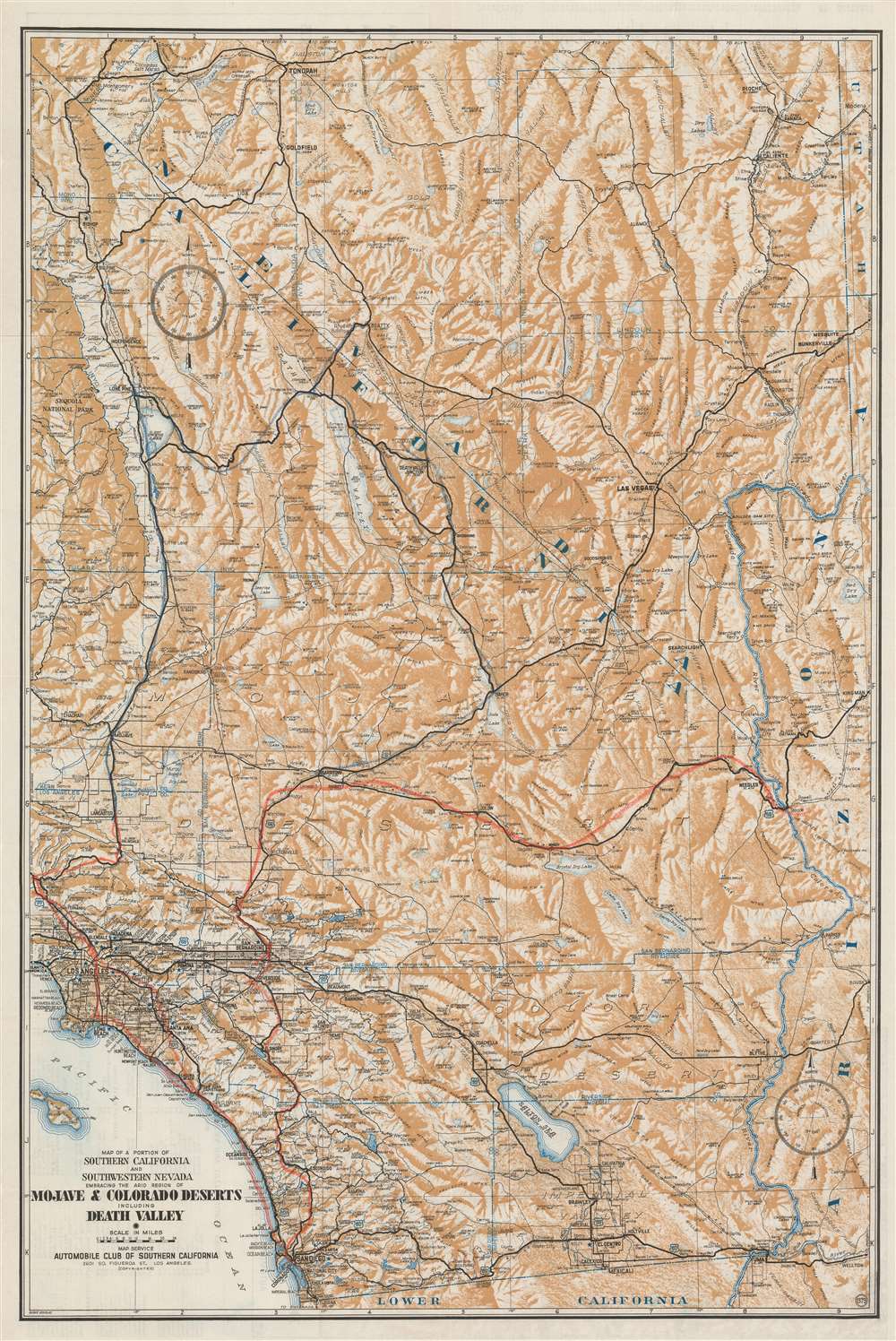 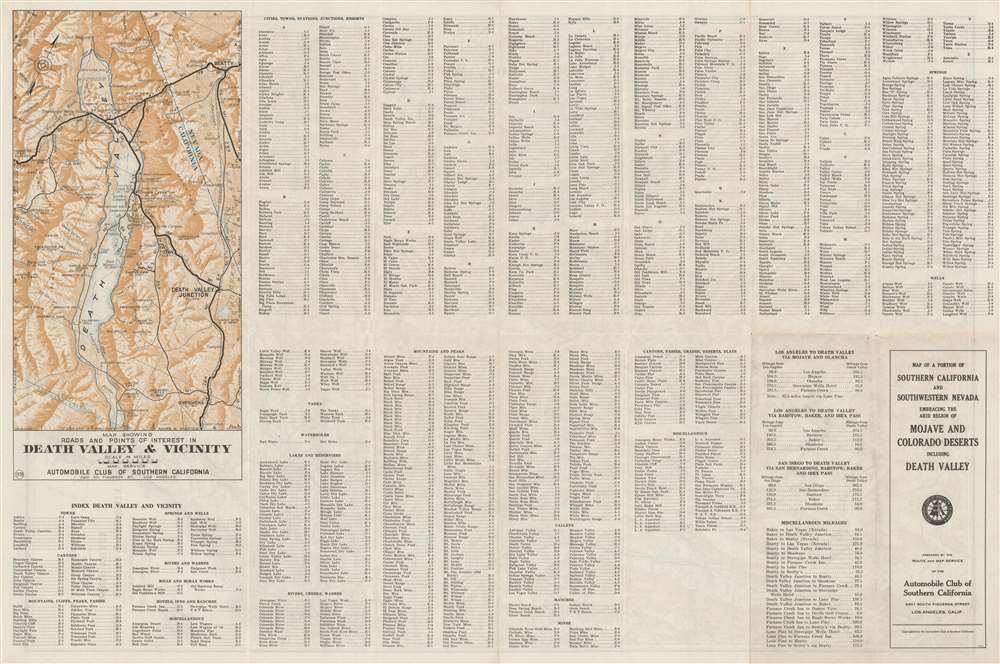 This is a c. 1933 Automobile Club of Southern California map of southern California and southwestern Nevada. Depicting the region from Tonopah, Nevada to Baja California and from the Sequoia National Park to Arizona and Utah, the region's major highways snake their way across the barren landscape. Cities and towns are labeled throughout, along with rivers and lakes. Its many mountain ranges are illustrated artistically and identified, but elevations are not indicated. Red and blue manuscript notations, which appear to be drawn in crayon, trace what are presumably road trip itineraries, but that is unclear. Perhaps this particular map was used to keep a child entertained while their parents explored the area during two separate trips.

The Automobile Club of Southern California (1900 - Present) is an auto club based in Los Angeles, California and an affiliate of the American Automobile Association (AAA). Founded in 1900, it was one of the first auto clubs in the United States and was dedicated to proposing traffic laws, improving road conditions, and the overall improvement of driving conditions. The Auto Club began producing its own maps in 1910, when it sent out its own team of cartographers to survey the state's roads. Its main office at the corner of Figueroa Street and Adams Boulevard was completed in 1923. Numbering nearly 8 million members in its home territory alone, today it is the largest single member of the AAA federation Learn More...