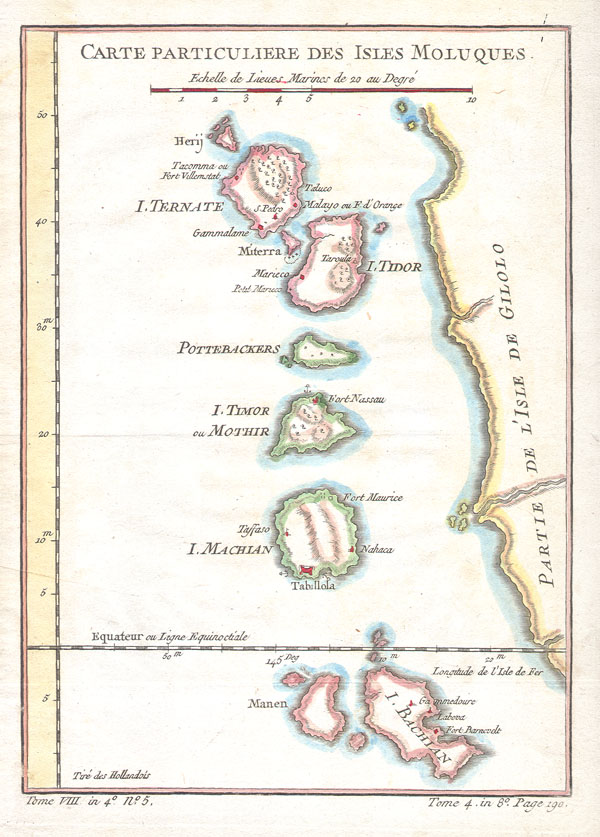 This beautiful hand colored map of the Moluques (also known as the Moluccas, Moluccan Islands or simply Maluku) was produced by the French Cartographer Jacques-Nicolas Bellin in 1760. Depicts the islands of Herij, Ternate, Tidor, Pottebackers, Timor, Machian and Bachian. The Moluccan islands were once part of the Dutch East Indies. Today the Moluccas are part of Indonesia.