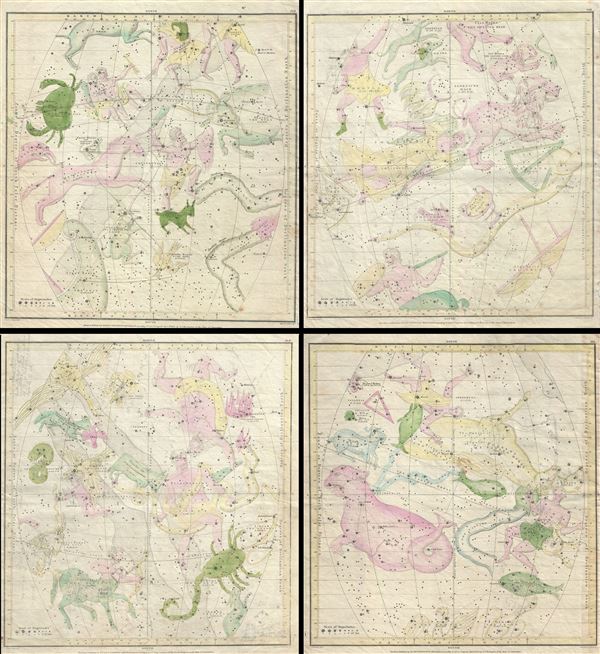 All four maps are quartered by lines indicating the Solstitial and Equinoctial Colures. These maps, like all of Burritt's charts, are based on the celestial cartographic work of Pardies and Doppelmayr. The maps were created by E. H. Burritt and issued as plate nos. I, II, III and IV in the Second Edition of F. J. Huntington's Atlas, Designed To Illustrate The Geography Of The Heavens. The present example is exceptional in that only a small percentage of the first edition of Burritt atlases featured individually colorized constellations. This edition also shows a relatively early form of illustrations. In most subsequent editions, the constellation charts received a general, but non-specific wash and more detailed illustrations.

Very good. Overall age toning. Some foxing throughout. Manuscript markings in pencil, can be easily erased.