1835 Burritt/Huntington Map of the Constellations by Month (4 Maps) 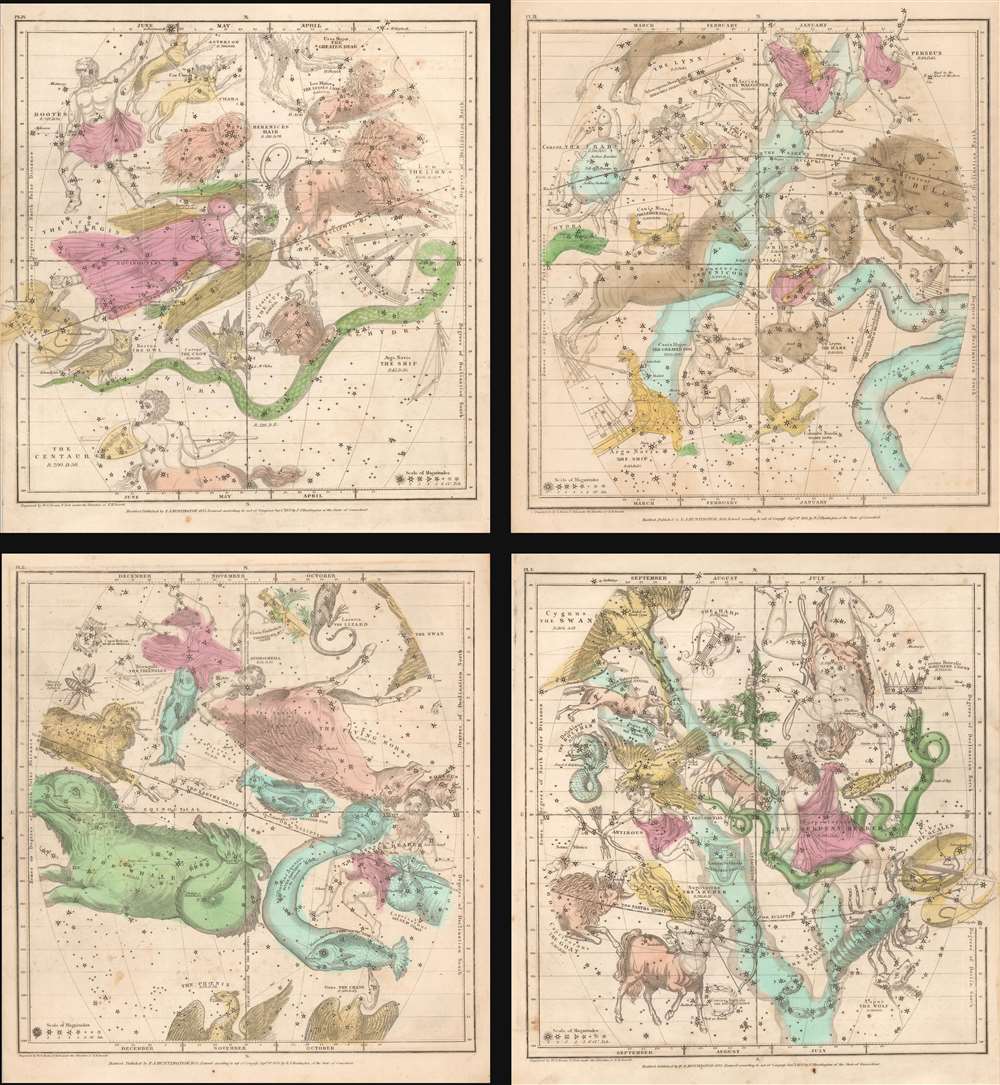 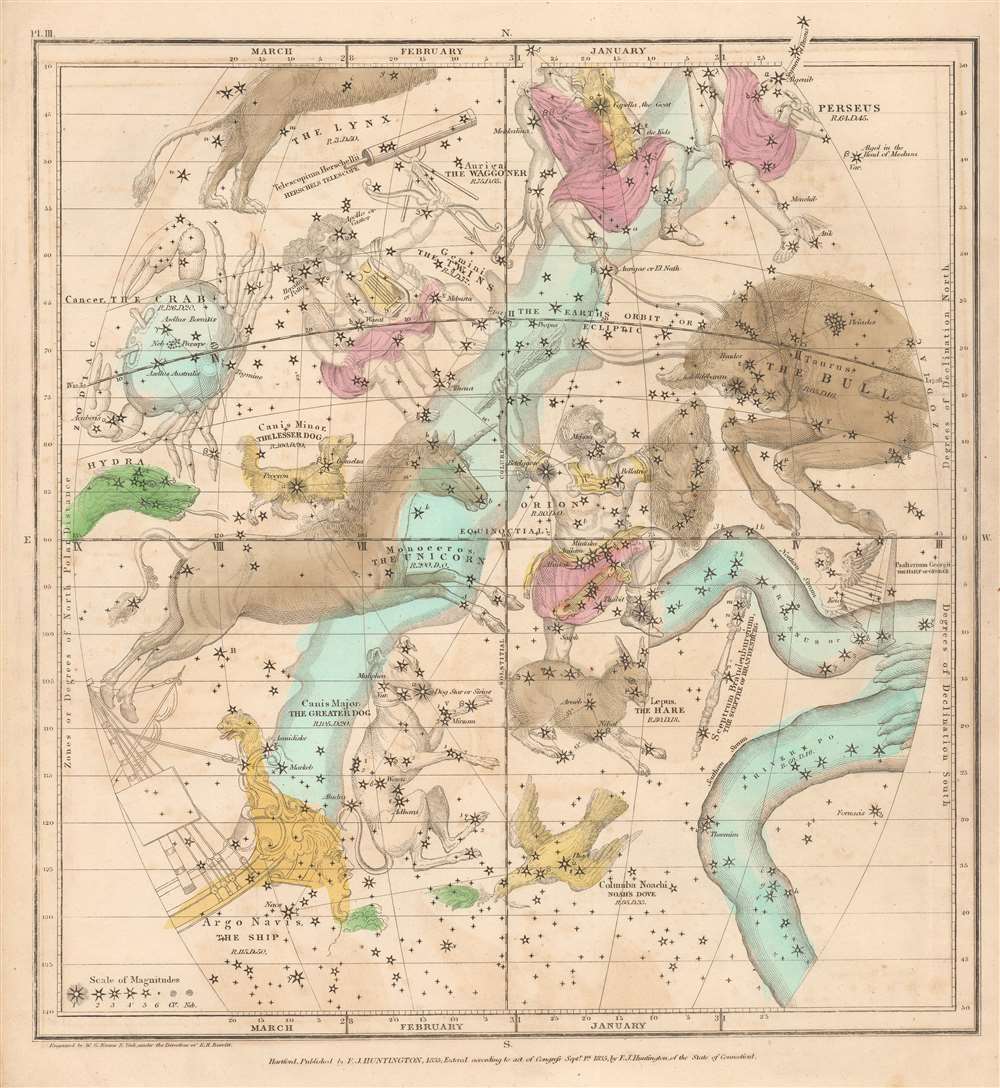 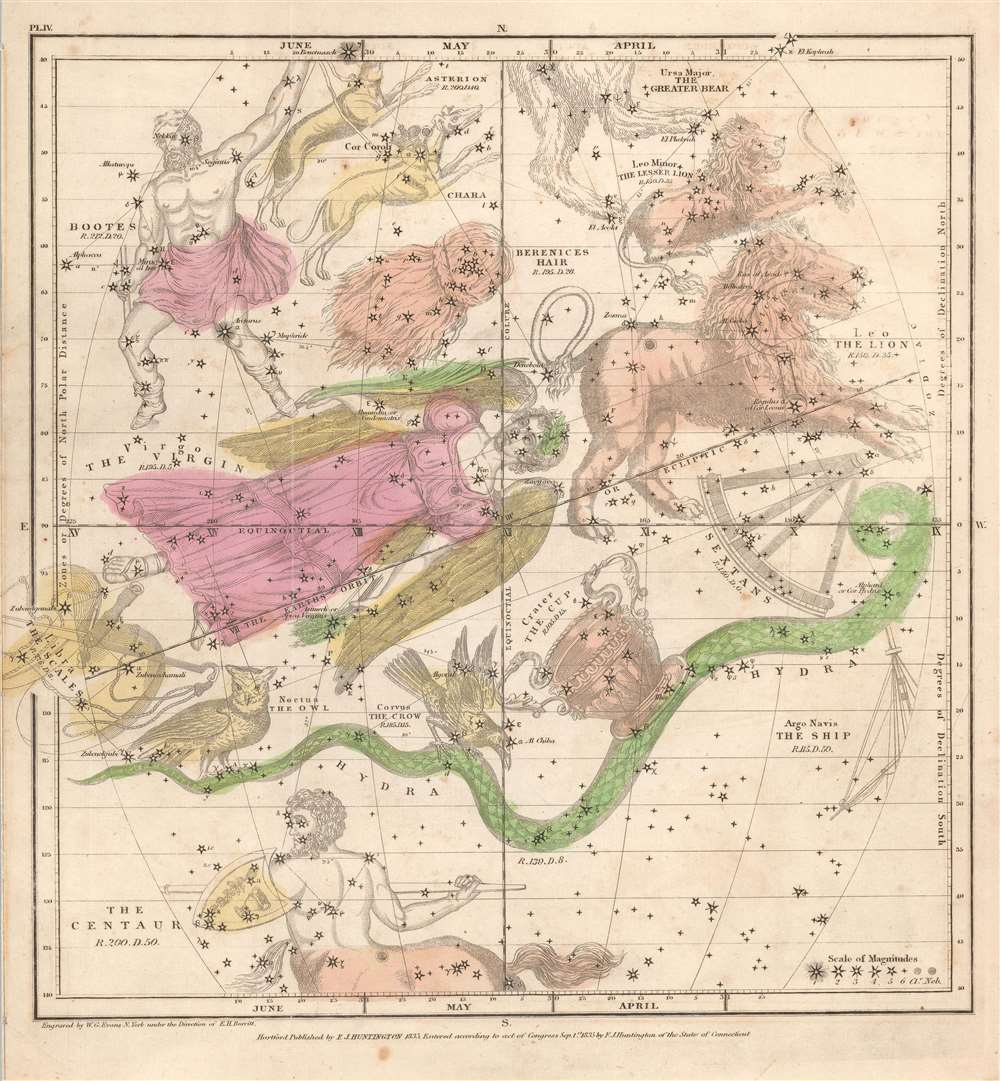 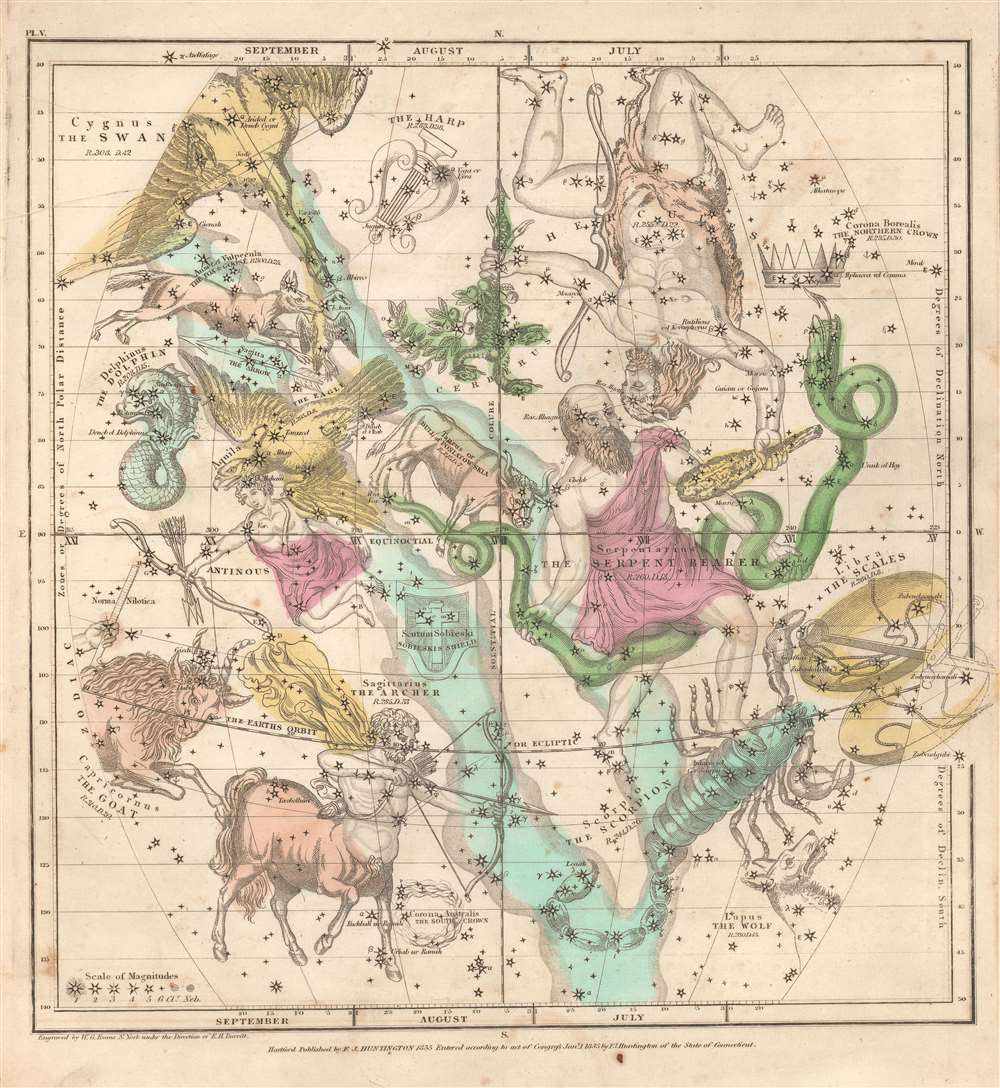 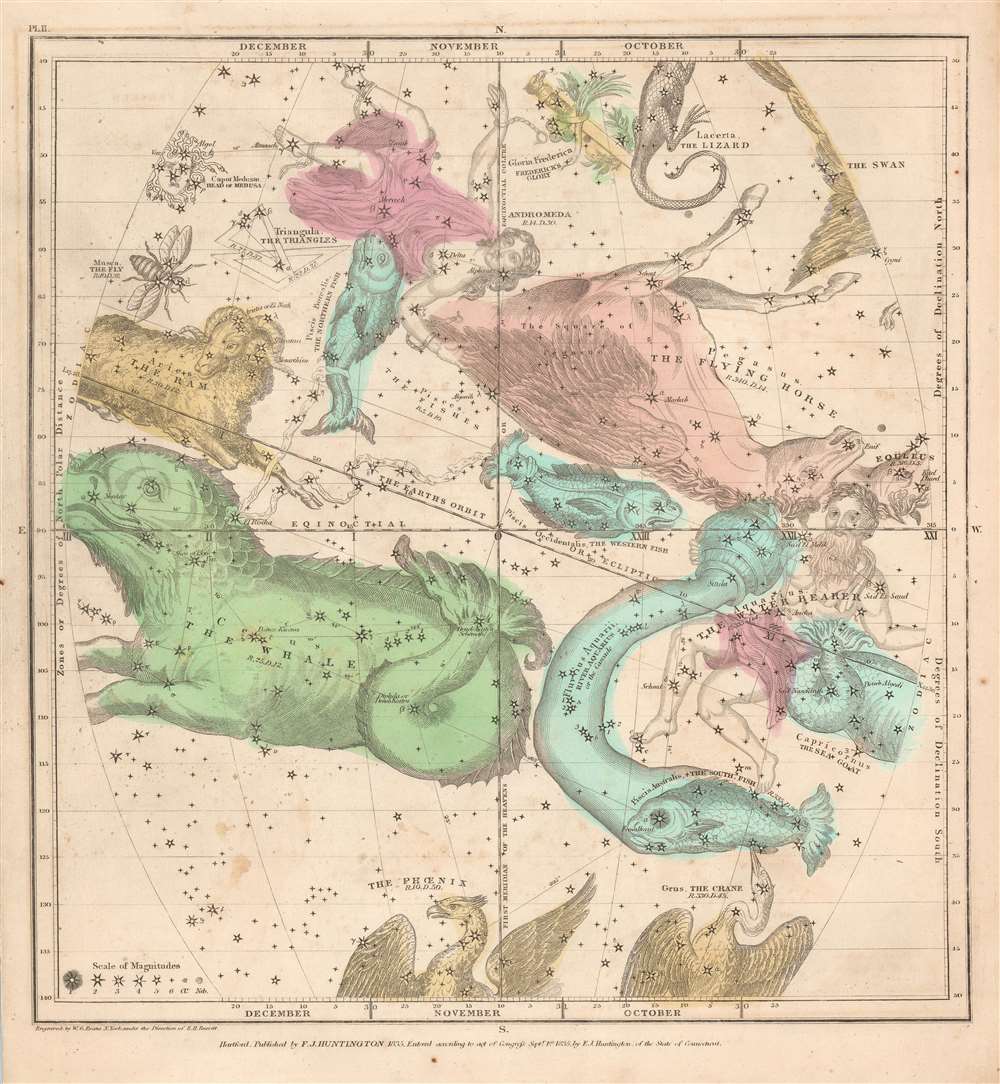 1835 Burritt/Huntington Map of the Constellations by Month (4 Maps)

This is a beautifully hand-colored set of four maps depicting the night sky in the twelve months of the year, by Elijah Burritt. Each sheet features the stars and constellation in the night sky over a quarter of the year. On each of the charts, the constellations are drawn in detail and include depictions of the Zodiacal figures the stars represent.

All four maps are quartered by lines indicating the Solstitial and Equinoctial Colures. These maps, like all of Burritt's charts, are based on the celestial cartographic work of Ignace-Gaston Pardies (1635 - 1673) and Johann Gabriel Doppelmayr (1677 - 1750). The maps were engraved by W. G. Evans under the direction of E. H. Burritt and issued as plate nos. II, III, IV and V in the 1835 edition of F. J. Huntington's Atlas, Designed To Illustrate The Geography Of The Heavens.

Burritt, E., Atlas, Designed To Illustrate The Geography of The Heavens, New Edition, (Huntington and Savage) 1835.