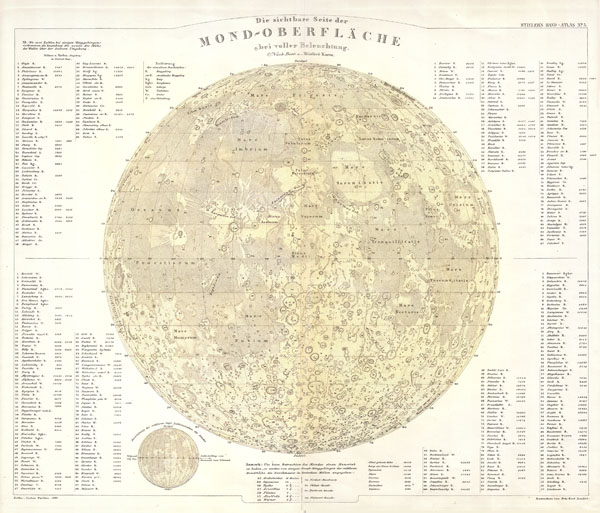 This fascinating hand colored map depicts the Moon. All major craters, seas, and other physical features are noted. All text in German. Published for Stieler's Hand Atlas, 1880 edition.