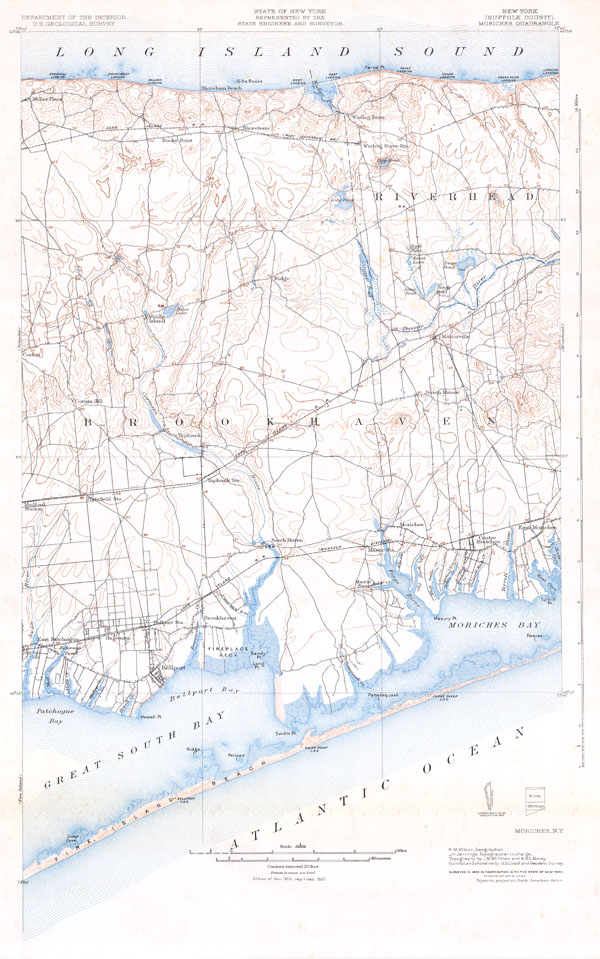 This beautiful and fascinating topographical chart depicts the Long Island, New York region of Fire Island, Riverhead, and Brookhaven. Shows the beach communities along Fire Island as well as Bellport Bay and Moriches Bay. Highly detailed with important buildings, and trains and rail lines. A rare and stunning geological survey of this highly affluent summer resort area. From the 1927 reissue of the November 1904 charts.