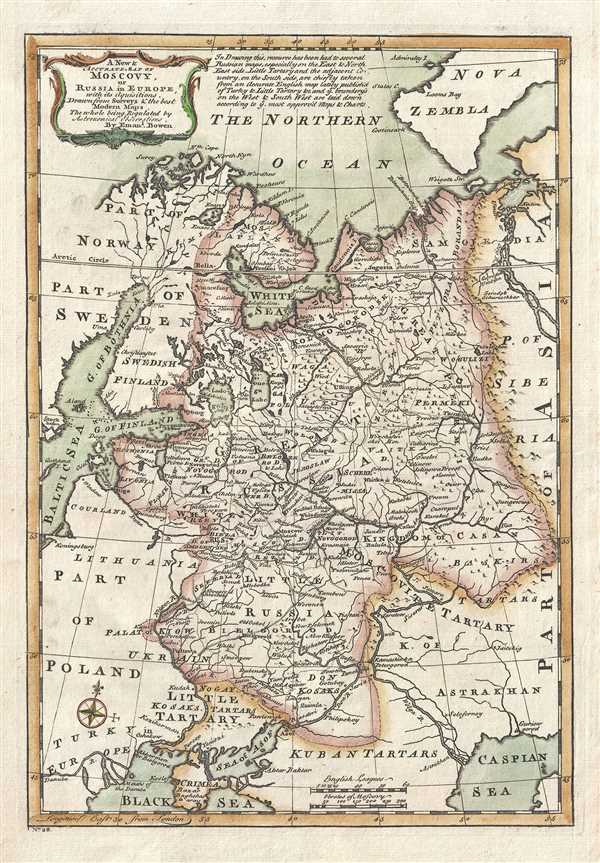 This is a beautiful 1747 map of European Russia by the English cartographer Emmanuel Bowen. It depicts the European portion of Russia extending from the Gulf of Finland to the Ural Mountains. The map offers excellent detail throughout showing mountains, rivers, roads, lakes, cities and other topographical features. This map was prepared by Emanuel Bowen as plate no. 28 for the 1747 issue of A Complete System of Geography.