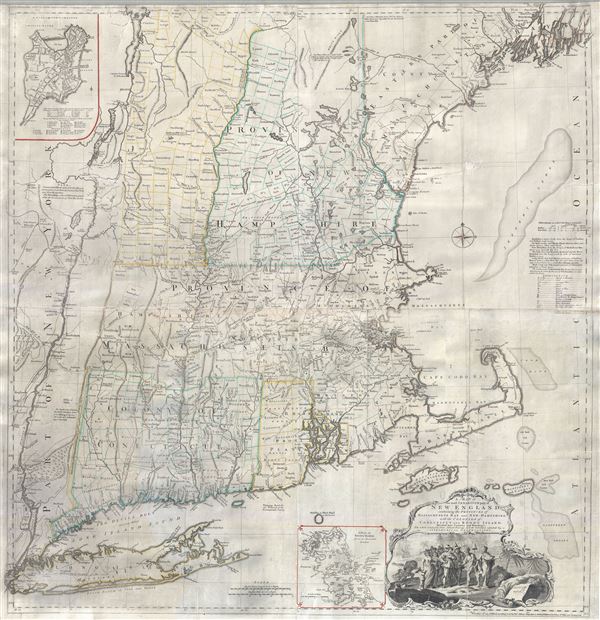 The most important and influential 18th century Colonal Era map of New England.