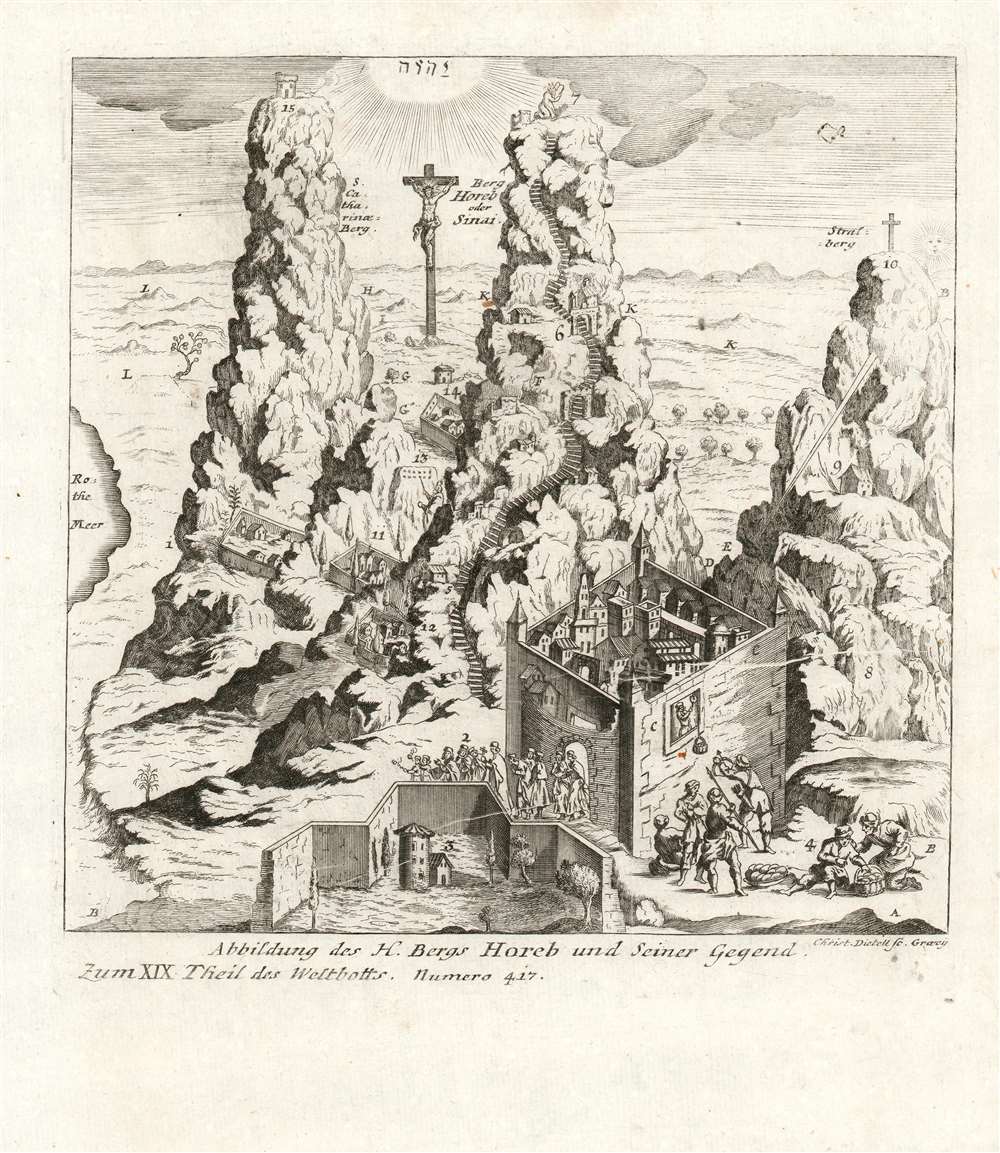 This is a rare 1732 Joseph Stocklein depiction of Mount Horeb, (identifying it as Mount Sinai) Mount Saint Catherine, and a third mountain labeled 'Strasberg'. The stylized mountains are set in a dramatically foreshortened bird's eye view of the Holy Land, encompassing not only all of the Sinai Peninsula but also including the land of Canaan and (judging by the prominent Crucifixion) Jerusalem itself. Thus Stocklein's view places the site of Moses' receipt of the Ten Commandments in a markedly Christian framework. The view combines scenes from different stages in Biblical history: Atop Horeb/Sinai, a vignette numbered '7' shows Moses receiving the Commandments (the Ark of the Covenant lies beside him, awaiting the tablets.) Nestled between the mountains are the walled compounds of the Monastery of St. Catharina, built between 548 and 565 CE.

At the far left is a body of water, labeled as the Red Sea. At the top center, not to be mistaken for the sun (which can be seen rising to the right of the view, indicating east) is the radiance-streaming Tetragrammaton, reinforcing the identity of Mount Horeb as the 'Mountain of YHWH.' The view is numbered and lettered, with reference to an absent descriptive text.

This map was created and published by Joseph Stocklein c. 1732 in his Neuer Welt-Bott. It was engraved by Christoph Dietell in Graz. One separate example of this plate is catalogued in the National Library of Israel. We find Neuer Welt-Bott catalogued in fifteen institutional collections.