1857 U.S. Coast Survey Map of the Mouth of the Apalachicola River, Florida 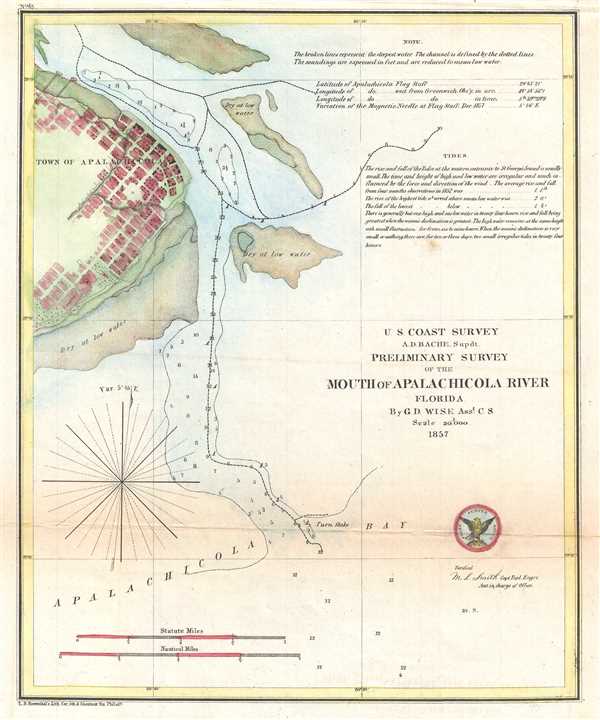 1857 U.S. Coast Survey Map of the Mouth of the Apalachicola River, Florida

Gorgeous hand colored chart or map of the Apalachicola River in Florida.