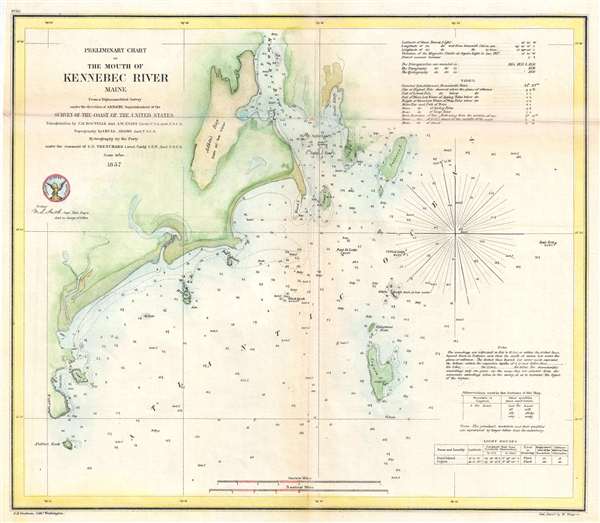 Detailed map of the mouth of Kennebec River, Maine.

This is a hand colored 1857 U.S. Coast Survey chart of the mouth of Kennebec River, Maine. The chart depicts the mouth of the Kennebec River as it flows into the Atlantic Ocean and the coastline south of the mouth of the river as far as Seal Island and Fuller's Rock. Soundings are given down the river to its mouth and then out into the Atlantic Ocean just past Seguin Island. Soundings are given in feet until a depth of 18 feet and then are given in fathoms. At the lower left corner, a table of abbreviations used on the map is included, as well as a table giving information about the light houses on Pond Island and Seguin Island. At the upper right corner, information on tides is noted.