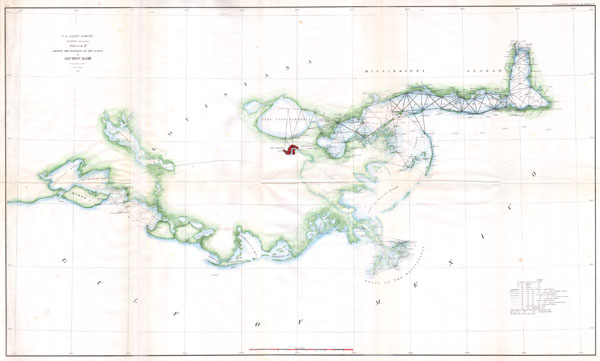 A rare hand colored 1857 coastal triangulation chart of the coast line of Mississippi and Louisiana around New Orleans. Details the coast from Vermillion Bay, Louisiana to Mobile Bay, Alabama. Features minor inland detail especially around New Orleans, Lake Pontchartrain and Lake Ouatache. Published under the supervision of A. D. Bache for the 1857 Report of the Superintendant of the U.S. Coast Survey.