1854 Pharoah Map or Plan of the city of Nagpur, India 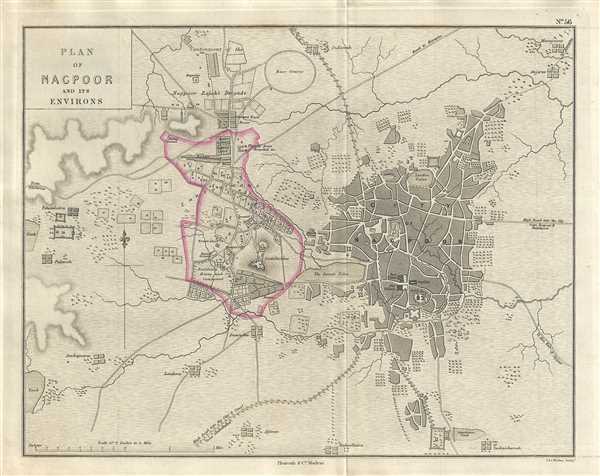 1854 Pharoah Map or Plan of the city of Nagpur, India

Early map of the geographical center of India.

This is a lovely 1854 example of the Pharoah and Company map of the city of Nagpur located in the Indian state of Maharashtra. The map covers the city and its environs and extends from the Ambazari Lake to Vanjari and notes lakes, streets, important buildings, rivers, and topography. The cantonment of the Nagpur Raja is identified. The map also identifies the Sitabuldi Fort and hill, site of the 1817 Battle of Sitabuldi. At the time this map was made, Nagpur province had just been made the capital of the Central Provinces of Berar under the British central government. Today, Nagpur is the geographical center of India. This map was engraved by J. and C. Walker and issued as plate no. 56 by Pharoah and Company in their 1854 Atlas of Southern India.