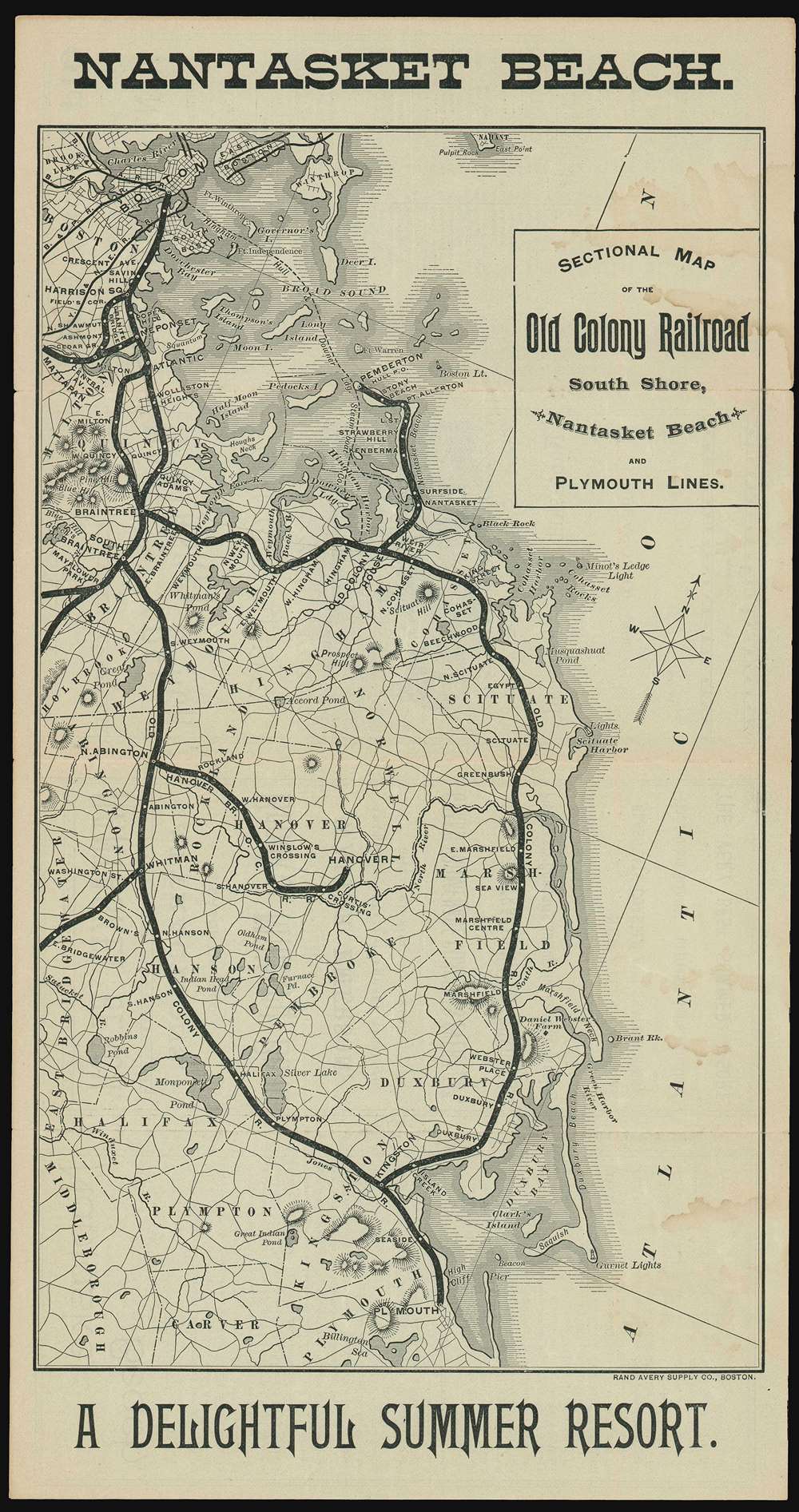 One of the last maps of the Old Colony Railroad.

An 1890 Old Colony Railroad tourist map of southeastern Massachusetts published only a few years before its acquisition by the New York, New Haven, and Hartford Railroad. Old Colony promotes its South Shore, Nantasket Beach, and Plymouth Lines, all of which were popular with Bostonians trying to escape the summer heat. The rail lines are emphasized in black and many stops are noted, including Nantasket, Braintree, Kingston, and Plymouth.

Founded in 1845, the Old Colony Railroad operated in southeastern Massachusetts and parts of Rhode Island until 1893. Named after the 'Old Colony', a reference to Plymouth, the company's network grew extensively though mergers and acquisitions. Old Colony operated both passenger and freight services, as well as steamship service to New York City. A steamer between Woods Hole, Martha's Vineyard, and Nantucket also operated from 1872. The New York, New Haven, and Hartford Railroad acquired the Old Colony trackage rights in 1893, renaming it the 'Old Colony Division' of the New York, New Haven, and Hartford Railroad.

This map was created by the Rand Avery Supply Company of Boston and published by the Old Colony Railroad in 1890. It was published in both a black and white and colored edition.

Good. Exhibits some soiling. Text on verso.
Looking for a high-resolution scan of this?