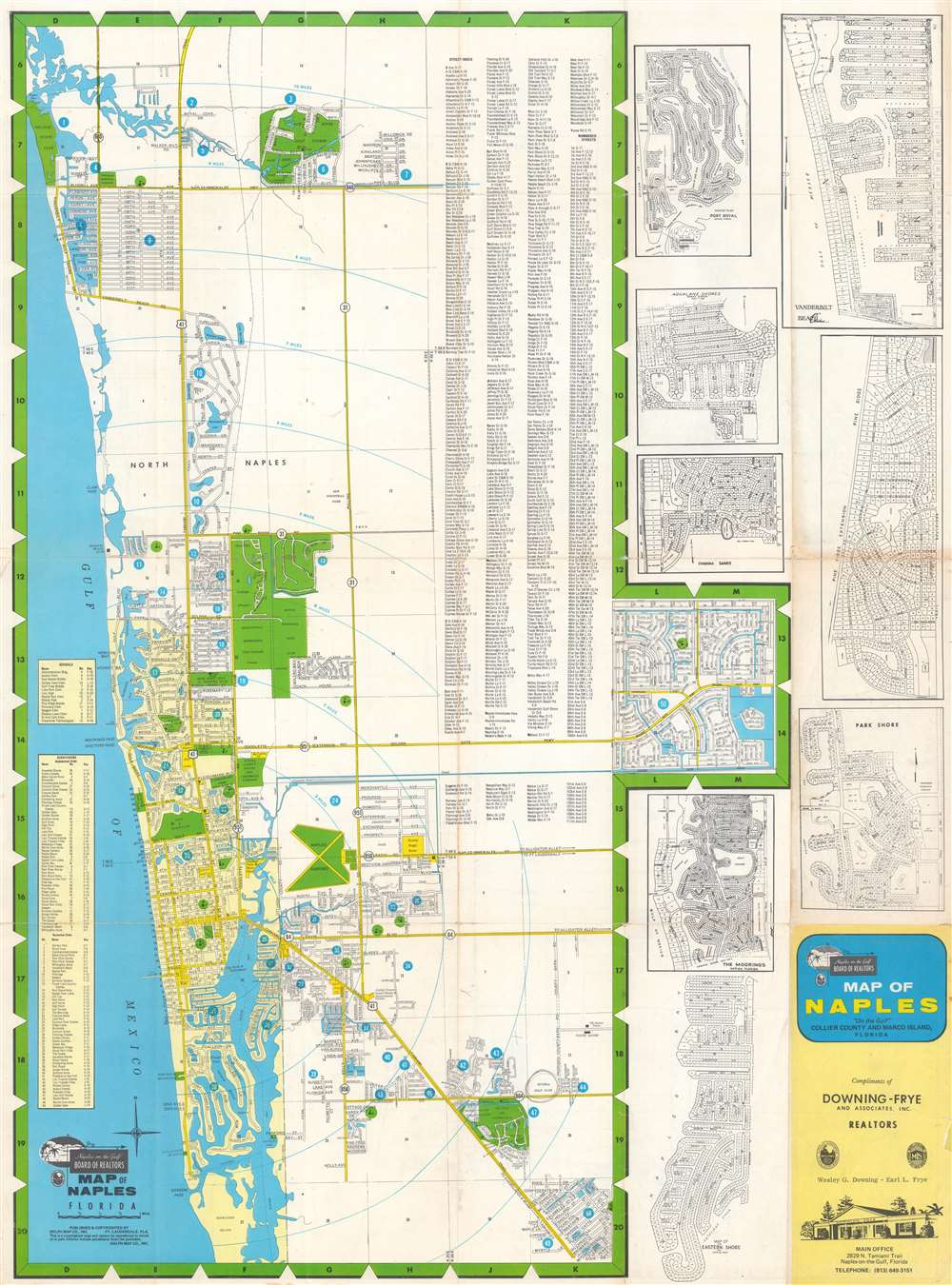 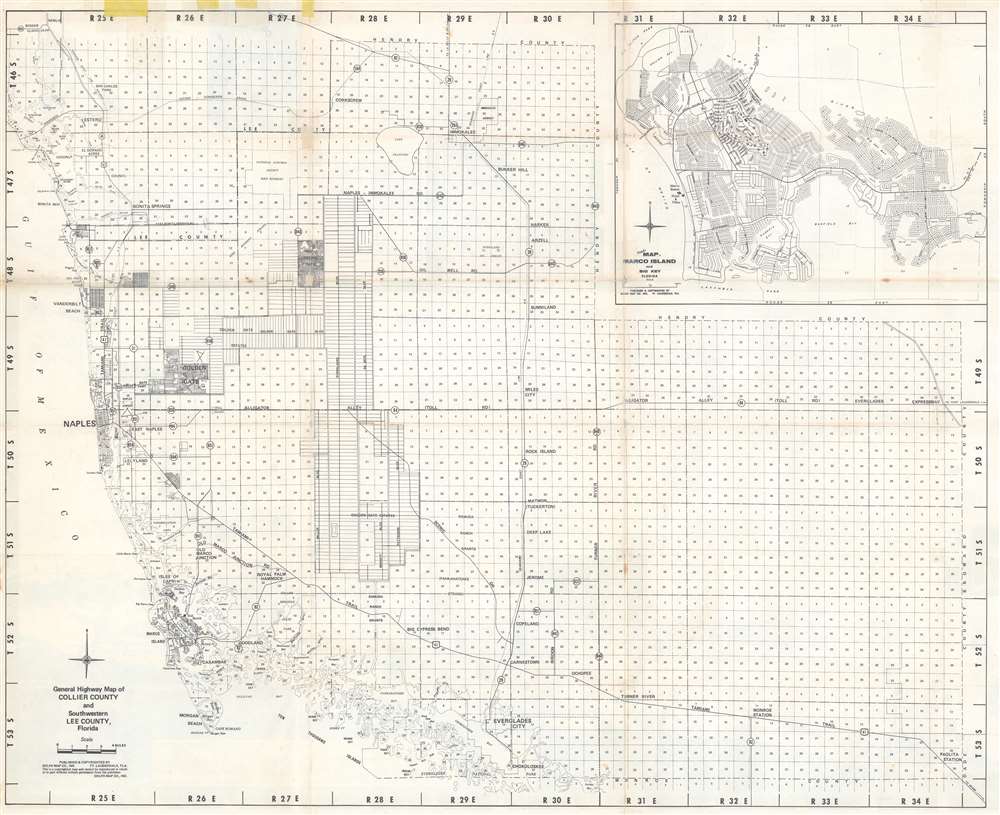 Includes an inset map of Marco Island on the verso!

This is a c. 1974 Dolph Map Company city plan or map of Naples, Florida. Depicting from Del-Nor State Park to Keewaydin Island and the Myrtle Cove Acres subdivision, bright green highlights golf courses, country clubs, city and state parks, and the Naples airport. Streets are illustrated and labeled throughout, along with shopping centers, hospitals, and the county courthouse. Fifteen schools are marked by icons and numerically identified corresponding with an index along the left border. Bright blue circles bearing numbers identify subdivisions. These circles correspond with a second index situated along the left border. A street index occupies the space inside the right border. Numerous insets of subdivisions occupy the space outside the right border and among these are Port Royal, Vanderbilt Beach, Coquina Sands, and Park Shore. A highway map of Collier County occupies most of the verso, with an inset map of Marco Island and Big Key situated in the upper right.