1850 Mitchell Map of Southern Italy: The Kingdom of Naples or the two Sicilies 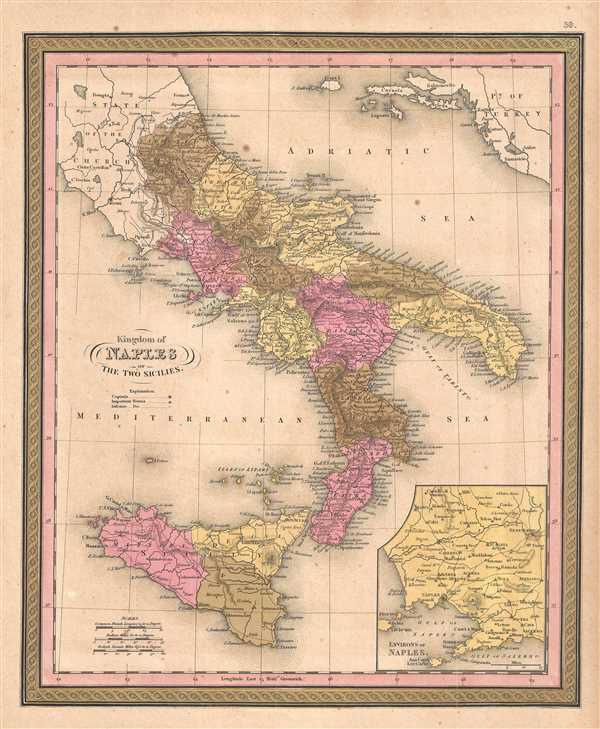 1850 Mitchell Map of Southern Italy: The Kingdom of Naples or the two Sicilies

This is a Samuel Augustus Mitchell 1850 map of Kingdom of Naples of the Two Sicilies. The map depicts the southern parts of modern Italy from Rome to Sicily and from the Mediterranean to the Adriatic Sea. An inset detailing the environs of Naples is included in the lower right corner. Myriad cities and towns are labeled, including Rome, Messina, and Naples. Divisions between provinces are indicated by color. Numerous rivers, mountains, and other geographical features are noted, including Mt. Etna and Vesuvius.

This map was prepared by S. A. Mitchell for publication in the 1850 edition of his New Universal Atlas