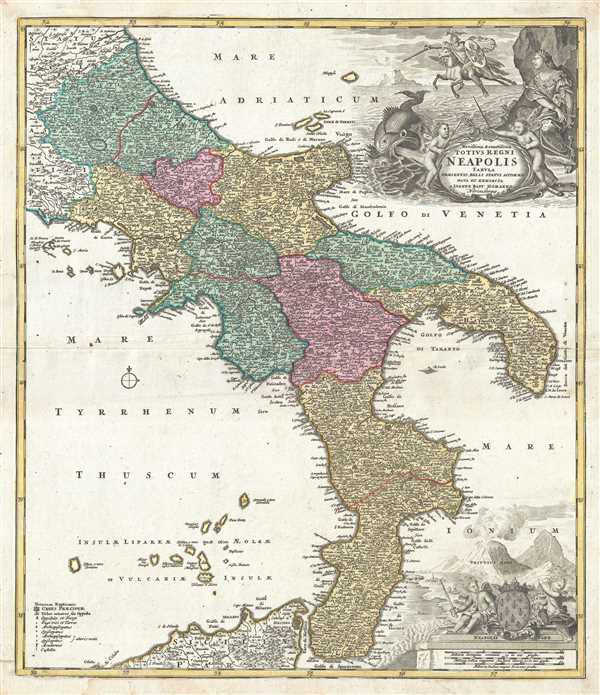 This is a 1716 Johann Baptist Homann map of southern Italy. The map depicts the region from Terracina to the Adriatic Sea and from the Adriatic Sea to Sicily. Meticulously detailed, Italy is divided into different regions and political entities that existed during this era in Italian history, some of which are comparable to regions in modern-day Italy. Myriad cities, towns, and villages are labeled, including Naples, Capua, Salerno, and Messina. An illustration of Mount Vesuvius (complete with smoke rising from the summit) looms not far from Naples and rivers snake their way across Italy in every conceivable direction. A very decorative title cartouche is situated in the upper right corner, featuring illustrations of cherubs, a queen, and a knight of the Holy Roman Empire flying on a winged horse. The queen appears to be hiding from the knight, while a large fish regurgitates sea water at the cherubs.

This map was created and published by Johann Baptist Homann in 1716.