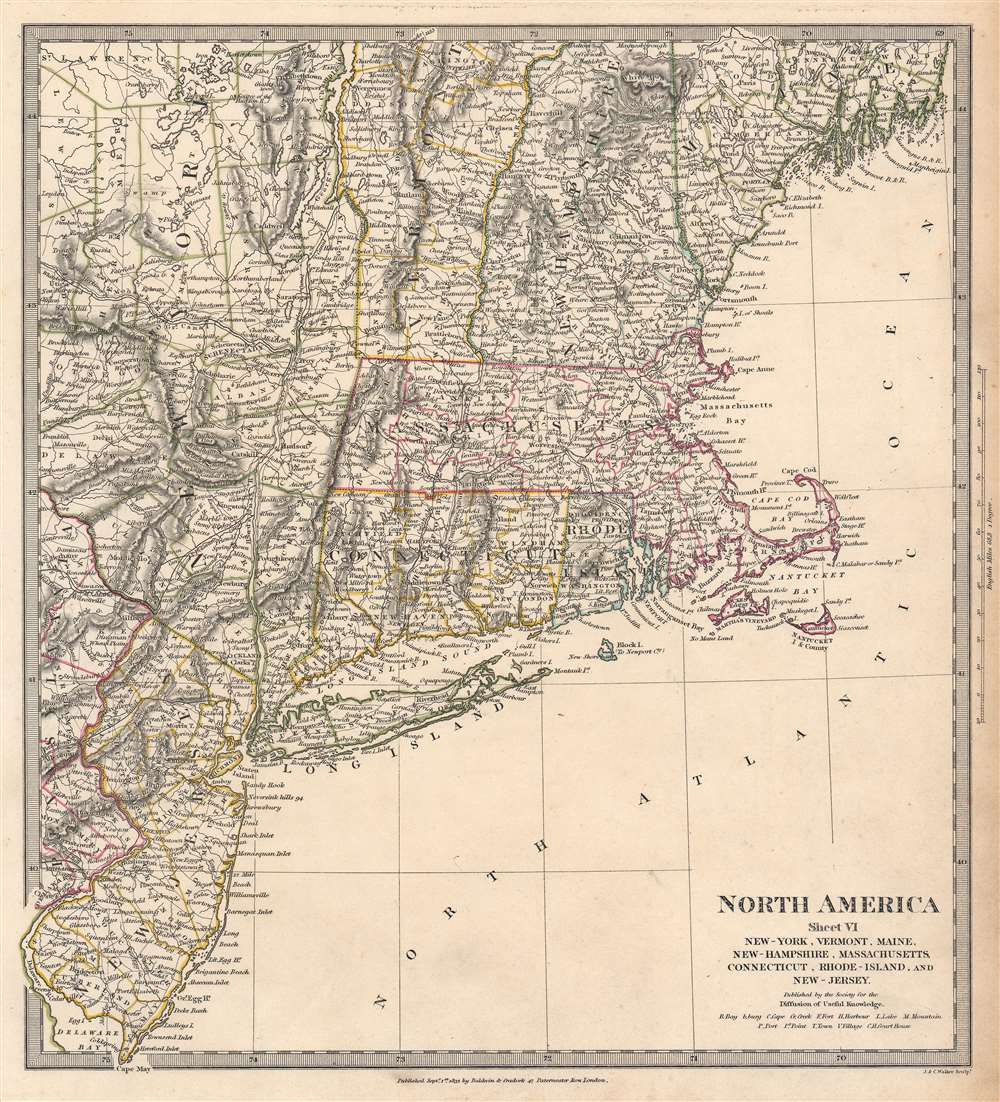 This is an 1832 Society for the Diffusion of Useful Knowledge (S.D.U.K.) map of New England, New York, and New Jersey. Created with impressive attention to detail, important towns, lakes, mountains, and other topographical features are noted throughout, with elevation rendered by hachure. The road network is illustrated in detail as well, along with canals, including the Morris Canal in New Jersey, the Farmington Canal (labeled Parmington here) in Connecticut, and the Hampden Canal in Massachusetts. An unlabeled railroad traverses Massachusetts from Boston west to New York and continues into New York toward Albany.

This map was engraved by J. and C. Walker and published in 1832 by Baldwin and Cradock for the Society for the Diffusion of Useful Knowledge. We note a single cataloged example in OCLC, at Princeton University. An example is also part of the David Rumsey Map Collection. The complete set of S.D.U.K. maps of North America, however, are well represented in institutional collections. Although the Society formally closed its doors in 1848, subsequent reissues of the S.D.U.K. atlas were printed well into the 1870s by Chapman and Hall, who acquired the original plates.

Maps of the Society for the Diffusion of Useful Knowledge, (London: Baldwin and Cradock) 1832.