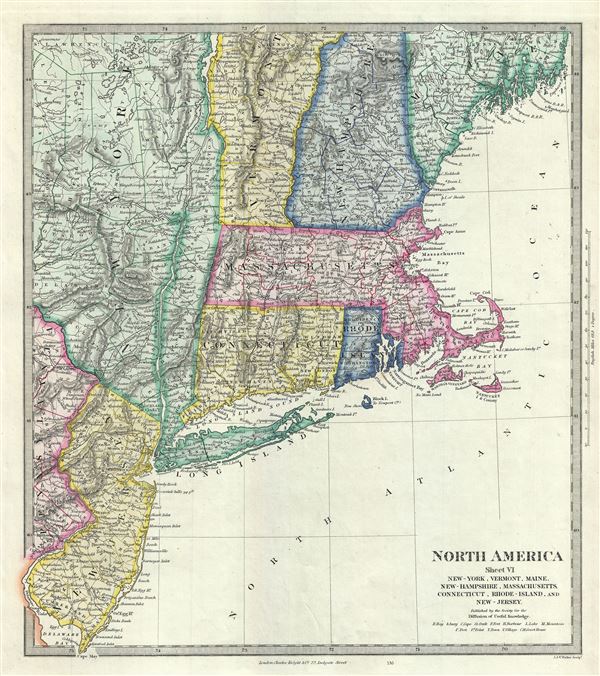 This is a fine 1848 map of New England, New York and New Jersey issued by the S.D.U.K. The map covers from Waldo County in Maine south as far as the tip of New Jersey and west as far as St. Lawrence County in New York. The states of Massachusetts, Connecticut, Rhode Island, New Jersey and parts of Vermont, New Hampshire, Maine, Pennsylvania and New York are included. The map is color coded according to state with counties depicted in outline color. Important towns, lakes, mountains and other topographical features are noted throughout, with elevation rendered by hachures. Published in 1848 by Charles Knight of 22 Ludgate Street for the Society for the Diffusion of Useful Knowledge, or S.D.U.K. This was most likely the last edition of the S.D.U.K. atlas to be published before the society formally closed its doors. However, it is known that subsequent reissues of the S.D.U.K. atlas were printed well into the 1870s by Chapman and Hall, who acquired the original plates.