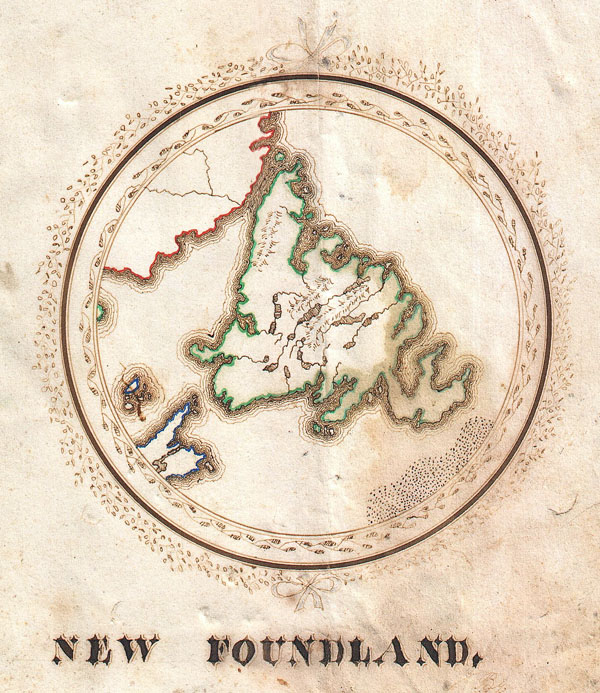 This is a lovely little c. 1810 schoolgirl map of Newfoundland ( New Foundland ), Canada. Hand drawn in a fine and delicate hand with a whimsical circular floral motif border. Title in decorative writing below map proper. Shows Newfoundland with some interior detail with regard to mountains and lakes. No place names noted. Shows offshore shoals. Undated and unsigned but probably from about 1810. Similar pieces form the same collection are signed 'Hartshorn.'